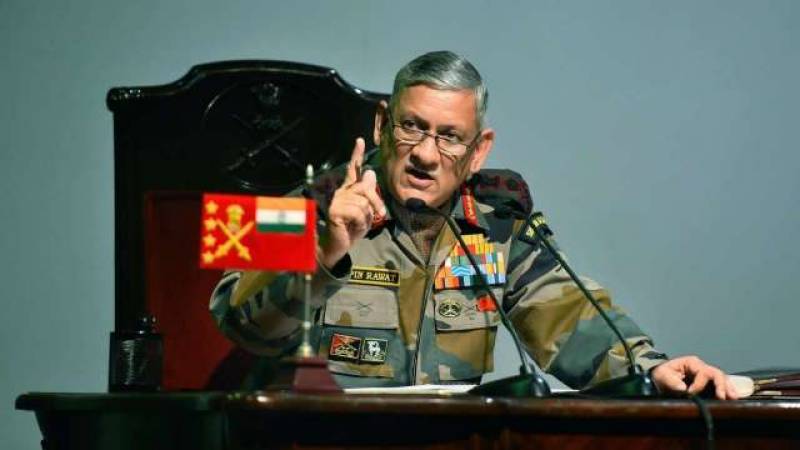 NEW DELHI - Surgical strikes are not the only option for the Indian Army to retaliate to Pakistan, Army Chief General Bipin Rawat* link on Tuesday.

"We keep carrying out operations and we have plans in place but it's not necessary to call every action a surgical strike," he said while speaking to Zee News.

India claims Special Forces of the Indian Army carried out a covert operation on September 28 and 29, 2016 and destroyed terror launchpads backed by Pakistani army across the Line of Control.

The Army chief said that in the past two years, the Forces have hit back hard at Pakistan, causing maximum damage as infiltration attempts remained high. "Pakistan should mend its ways or we'll continue to hit back," he said.

He made it clear that recordings of operations to furnish evidence is not always possible as primary aim to is carry out the task at hand. "We don't bother about gathering evidence and priority is carrying out the operation.

Commanders are told any video recording should only be done if it does not jeopardise the operation," he said.

General Rawat clarified this while responding to a question whether the Army has been under pressure to provide evidence of the 2016 Surgical Strike.

In a freewheeling interview, General Rawat spoke on counter terror operations in Kashmir, India's Pakistan policy, Army restructuring, the need for modern technology among other issues pressing the Forces.

When asked whether he will join politics after retirement, he said he is not cut out for it. "I speak my mind and this does not help in politics."