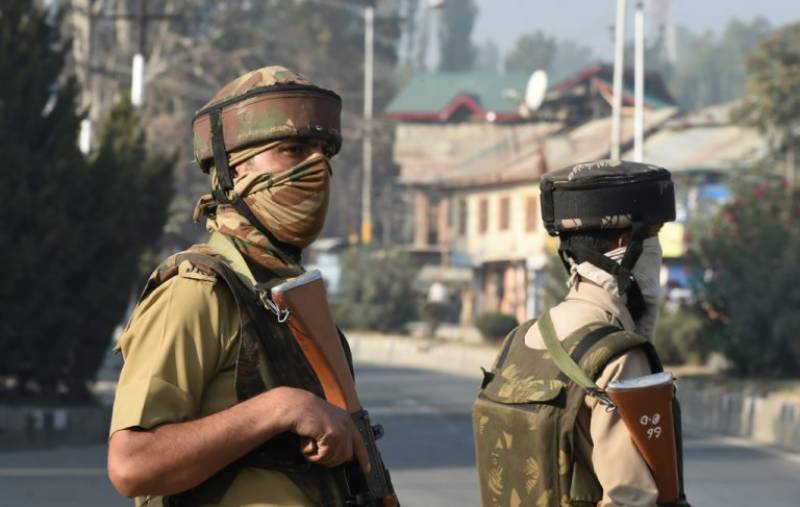 ISLAMABAD: India is deploying more than 400 companies of paramilitary forces to thrust polls on the Kashmiri people at a time when all pro-freedom and pro-India local political parties have already announced to stay away from the election drama. -

This was disclosed by Chief Secretary of occupied Kashmir BVR Subrahmanyam during his maiden interaction with media in Srinagar. He said “unprecedented” arrangements are in place to ensure the four-phase polls starting October 8, KMS reported.

“Security arrangements have been done at unprecedented scale. 400 companies of paramilitary forces will be deployed for these polls in addition to what we already have in the form of police and other paramilitary forces,” BVR Subrahmanyam said while addressing the press conference. “This is more than adequate to conduct the elections,” he added.

The Chief Secretary said that the authorities would provide security to all the candidates who request for it and facilitate their campaigning as well. “We have arranged accommodation for the candidates who want it at various places across the valley,” Subrahmanyam said.

Political experts have termed the mobilization of paramilitary forces on such a large scale as a part of Indian plan to thrust the election drama on the Kashmiri people at a time when even two major pro-India local political parties have announced to boycott it, while resistance leadership has already asked people to stay away from poll drama being enacted by India in the name of Panchayat and local bodies’ elections in the occupied territory.