ECP summons key meeting of parliamentary parties on May 31
26 May, 2018 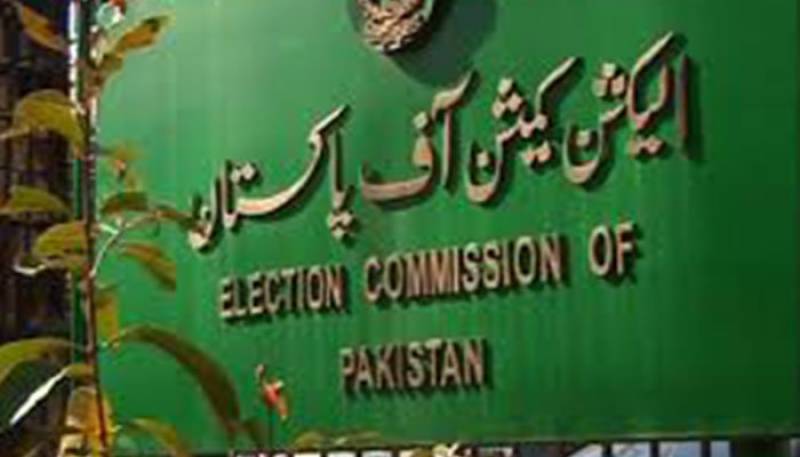 ISLAMABAD: The Election Commission of Pakistan (ECP) has summoned a meeting of all political parties having representation in the parliament on May 31, in order to finalise a code of conduct for the forthcoming general elections.

The meeting has been summoned at 11pm on May 31, at which the proposed code of conduct for General Elections 2018 will be finalised, according to a letter written to parliamentary parties' heads by the ECP.

The ECP also forwarded a copy of the proposed code of conduct with its letter forwarded to parliamentary parties' heads.

The code of conduct will be finalised after consultation on political parties, candidates, polling and election agents.

The incumbent government is expected to conclude its five-year term on May 31, after which the caretaker government will take over to oversee the general elections.

As per the Constitution of Pakistan, the caretaker prime minister is appointed by the prime minister in consultation with the opposition leader in the National Assembly.

Both the premier and the opposition leader then present names of three nominees each from which the consensus candidate is appointed as the caretaker prime minister.

The prime responsibility of the caretaker government is to ensure that the elections are held in a transparent manner and the basic functions of the government continue without an elected setup in place.

PM Shahid Khaqan Abbasi and Opposition Leader Khursheed Shah have held multiple meetings to decide about the caretaker prime minister. However, the meetings have failed to achieve a consensus on any name.

“It is Khursheed Shah’s opinion to wait till Monday and if a name [for the caretaker PM] is not decided upon then the names should be sent to the committee. If the committee cannot decide the matter, it will be sent to the Election Commission,” Prime Minister Abbasi told Hamid Mir during an interview on Thursday.

On the other hand, Shah expressed displeasure Thursday night at being told that no judges would be named as candidates for the position of caretaker prime minister, especially considering that the incumbent government, as per sources, put forward the names of two former chief justices.

Shah, a member of Pakistan Peoples Party (PPP), said that his party wished to propose the names of certain judges as the caretaker PM. However, it was not clear which names he had in mind.

Earlier, sources had said the current leadership suggested names of Justices (retd) Nasir-ul-Mulk and (retd) Tassaduq Hussain Jillani — both ex-chief justices of Pakistan — whereas the PPP finalised Zaka Ashraf and Jalil Abbas Jilani as its candidates for the position.

Shah subsequently announced that he would not be meeting Prime Minister Shahid Khaqan Abbasi for a consultation on the name of the caretaker premier.

The PPP leader noted that Abbasi has, from time to time, backtracked from his position in consultative meetings with him. The two have met six times to date over the issue but no consensus could be reached.