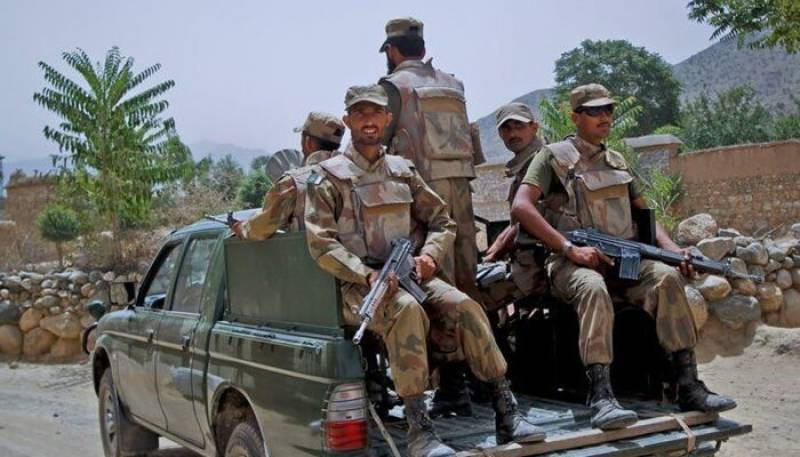 Sibbi: At least six terrorists were killed in intelligence based operation (IBO) by the security forces in the mountanious terrain near Sibbi, the Inter-Services Public Relations (ISPR) on Saturday.

One soldier embraced martyrdom and two others suffered wounds during crossfire.

The suspects attempted to flee after seeing the raiding team and opened fire. The crossfire left six terrorists killed.

Officials sezied a huge quantity of arms and ammunition. Accoridng to the military's media wing, the suspects were involved in Lahore's Anarkali blast on January 20 and terror attacks in Sibbi.

Among the killed are Naseeb Ullah, Bahgal Zai, Peer Jan and Rukai Kalhi.