SECP Chairman Zafar Hejazi gets a blow from IHC
26 Mar, 2018 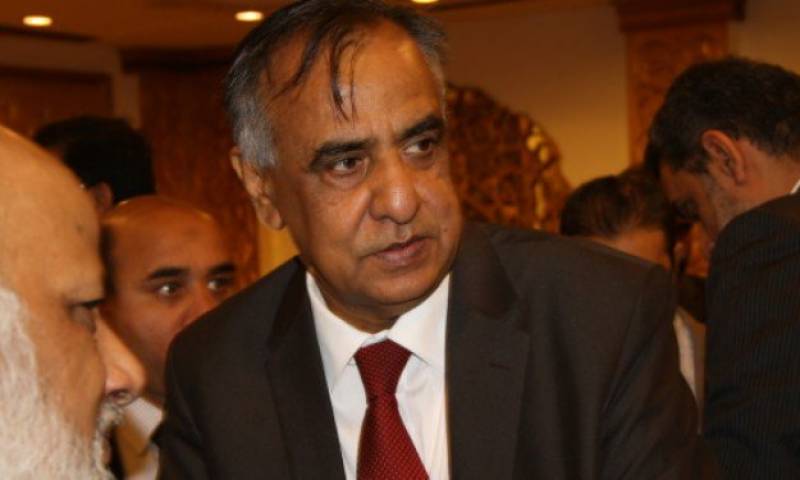 *ISLAMABAD* - Chairman of Securities and Exchange Commission of Pakistan (SECP) Zafar Hijazi gets a new blow from Islamabad High Court.

IHC has dismissed his review petitions in the record tampering case of companies owned by the Sharif family.

After hearing arguments from both sides, Justice Mohsin Akhtar Kiyani had reserved the judgment on March 7. In one application filed by Hijazi’s counsel, the former SECP chairman challenged the special court’s judgment of November 10, 2017, requesting to set aside the trial court’s order and acquit him from the case.

Hijazi had filed an application under section 249-A (power of the magistrate to acquit accused at any stage) of the Criminal Procedure Code for summary disposal of First Information Report (FIR) which was dismissed by the court on November 10.

The special court Judge Irum Niazi had dismissed the application observing that there was sufficient evidence to proceed against Hijazi.

In the other petition, Hijazi had asked the court to quash the FIR against him in a case pertaining to tampering record of the Sharif family’s companies. He said SECP officials – Maheen Fatima, Tariq Ahmed, Ali Azeem, Tahir Mahmood and Abid Hussain were allegedly involved and have falsely blamed him to save their skin.

Hijazi had sought nullification of FIR on grounds that it is illegal, suffers from jurisdictional error and has no legal effect.