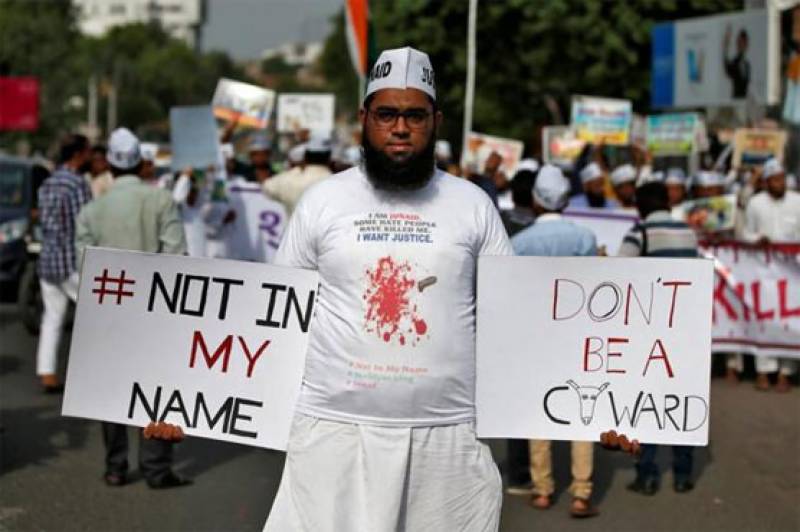 The Anti India rally is being led by All India Majlis-e-Ittehadul Muslimeen (AIMIM) leader Asaduddin Owaisi in Aurangabad against Cow Protection acts.

More than 50,000 people attended the rally and protested against the terror activities in the name of Gau Raksha.

Speaking on the occasion, AIMIM leader severely criticized Prime Minister Narendra Modi. While talking to the protesters, the speakers said that the atrocities against them were pre-planned which aims to pave the country into a specific direction.

An anti-government protest titled ‘Not In My Name’ is ongoing in India.