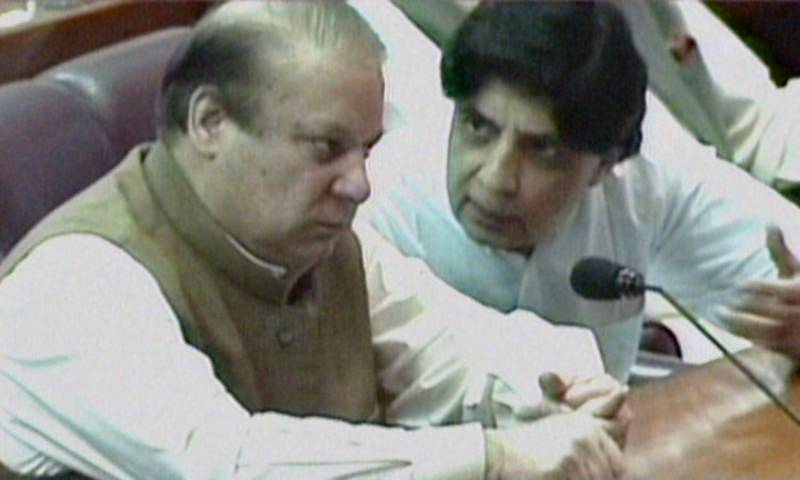 A spokesman for the interior ministry said Wednesday Chaudhry Nisar had sought explanations for his exclusion from the PML-N meetings, reported Waqt News.

"The truth is that the interior minister had adopted a contrary position on some important matters in the PML-N's internal meetings, after which he was excluded from the consultative process," said the spokesperson.

He also dismissed reports the minister was angry with his party leadership. “Unless a clarification is provided, it will be difficult to resolve problems in a positive manner,” he added.

Nisar had twice invited the media to announce his decision but deferred it in the last two days.