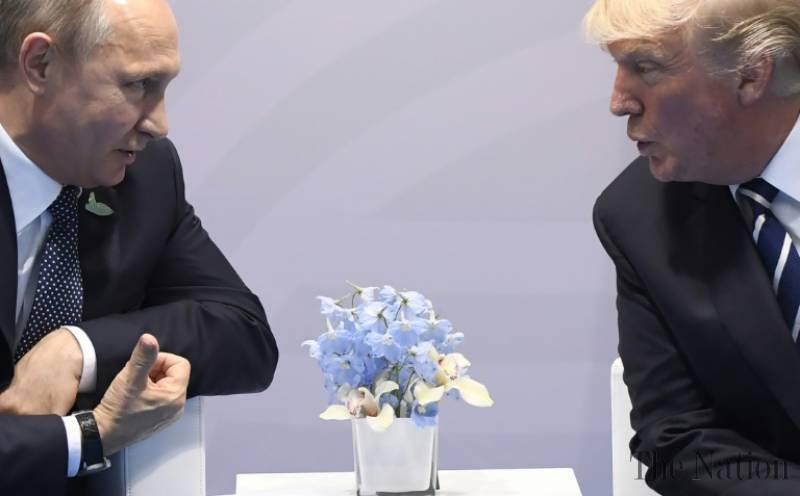 The EU warned Wednesday of swift retaliation after the US House of Representatives voted to impose tougher sanctions on Russia in a move Brussels says could punish energy firms and divide the West.

The Kremlin responded coolly to the sanctions vote, saying that President Vladimir Putin would wait for the approval by the US Senate, the final step necessary before the law goes for signature by US President Donald Trump.

The sanctions were approved in a landslide on Tuesday by the US lower house despite the initial opposition of Trump who came to office on a pledge to mend ties with the Kremlin.

In an unusual twist, the strongest reaction came from the European Union, where the 28 member states have struggled to stay united on their own sanctions on Russia that were first adopted after Moscow's annexation of Crimea in 2014.

"If our concerns are not taken into account sufficiently, we stand ready to act appropriately within a matter of days. America first cannot mean that Europe's interests come last," European Commission head Jean-Claude Juncker said.

"The US bill could have unintended unilateral effects that impact the EU's energy security interests," added Juncker, saying that there should be unity among western allies on sanctions.

To date, anti-Russia sanctions have been coordinated on both sides of the Atlantic in a common Western front reminiscent of the Cold War.The row comes just a day after Trump blasted the "very protectionist" EU's trade policies, saying Washington was working on a deal with Britain after Brexit.

The latest US sanctions package is aimed at punishing the Kremlin for allegedly meddling in the 2016 US presidential election, and Russia's annexation of Crimea.

The EU is worried the sweeping measures would still unfairly penalise European firms that contribute to the development of Russia's energy sector, and its diplomats have heavily lobbied Washington to water down the measures.

In a small concession to Europe, the House modified a provision so the bill only targets pipelines originating in Russia, sparing those that merely pass through, such as the Caspian pipeline that carries oil from Kazakhstan to Europe.

However France said the US bill was "illegal" in terms of international law, in its current form, according to a foreign ministry spokeswoman said.

Germany believed that "European businesses must not be targeted by the US sanctions", government spokeswoman Ulrike Demmer said.

But Berlin -- which led efforts against the bill amid fears it would hit a controversial pipeline project between Russia and Germany known as Nord Stream 2 -- also insisted the legislation had been modified to require that Washington confer with EU allies if the sanctions should involve the European energy supply.

The project, which is opposed by eastern EU member states, aims to carry Russian natural gas under the Baltic Sea, bypassing Ukraine, Poland and the Baltic States.

But other projects are at risk, with major energy companies such as Italy's ENI, Shell and BP all crying out for a halt to the sanctions.

"It seems that we energy companies are nothing but ping pong balls... in a political game," Mario Mehren, CEO of German firm Wintershall told Russian news agency RIA Novosti.

The EU and US imposed sanctions in the wake of Russia's annexation of Crimea in March 2014, overcoming division on how far to go in punishing Moscow.

In addition, the EU broadened sanctions against Russia after the shooting down of Malaysia Airlines flight MH17 in eastern Ukraine in July 2014, blamed by the EU on the rebels.