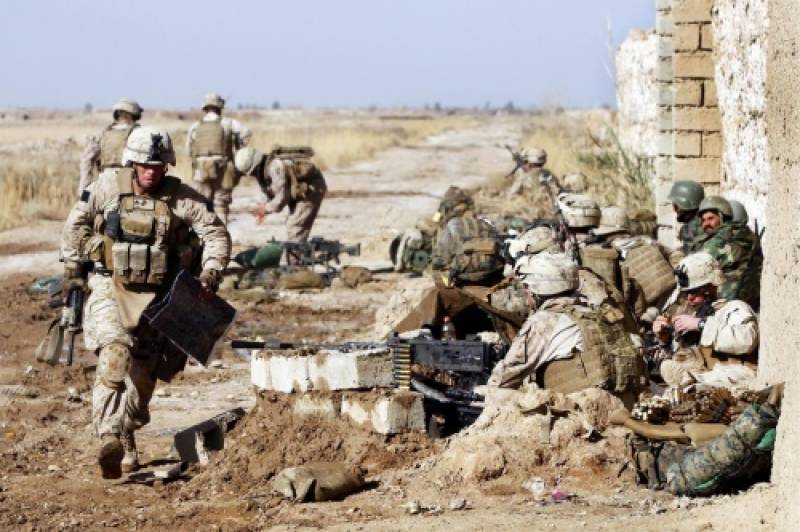 KANDAHAR: At least 26 Afghan soldiers have been killed and 13 wounded in a Taliban attack on a military base in Kandahar province, the Afghan Ministry of Defence (MoD) said Wednesday, the latest blow to struggling security forces.

Residents in the area described an hours-long attack launched by a 30-strong convoy carrying "hundreds" of Taliban who assaulted the base from multiple directions.

Air support was called in, several residents told AFP, though that was not immediately confirmed by officials. The insurgents claimed the attack via their Twitter account.

The resurgent Taliban have been ramping up their campaign against beleaguered government forces, underscoring rising insecurity in the war-torn country throughout the warmer weather fighting season.

Afghan security forces, beset by killings, desertions and nonexistent "ghost soldiers" on the payroll, have been struggling to beat back insurgents since US-led NATO troops ended their combat mission in December 2014.

According to US watchdog SIGAR, casualties among Afghan security forces soared by 35 percent in 2016, with 6,800 soldiers and police killed.

The insurgents have carried out more complex attacks against security forces in 2017.

In April more than 140 soldiers are believed to have been killed on a base outside the northern city of Mazar-i-Sharif, one of the deadliest ever Taliban attacks on a military installation.