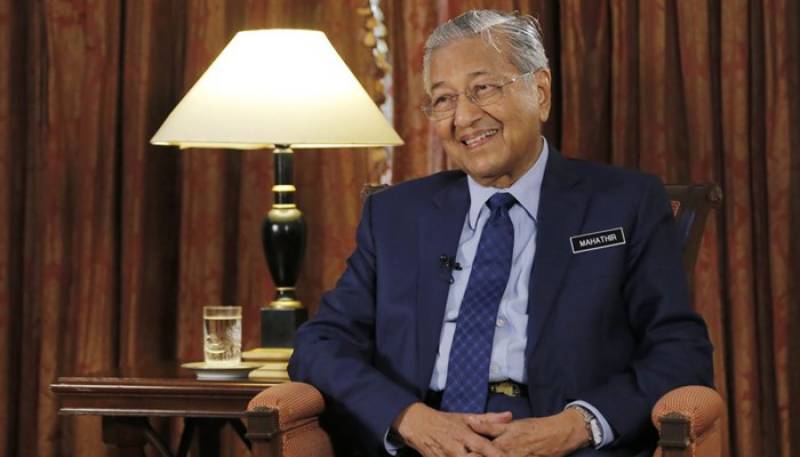 ISLAMABAD - A multi-billion dollar China-backed rail project in Malaysia has been scrapped, government officials said Saturday, adding that the cost of building it was too high.

Malaysia has in recent months suspended several major projects signed under the country´s previous scandal-plagued regime, in a bid to cut the country´s massive one trillion ringgit ($251 billion) debt.

Economics minister Azmin Ali said Malaysia made the decision two days ago on the 81 billion ringgit ($19.6 billion) east coast rail link (ECRL) that would have connected the eastern and western coasts of the peninsula.

"The cost of the ECRL development is too big, so we have no financial ability at this time," he told reporters.

He said that if the project was not terminated, Malaysia would have to pay an annual 500 million ringgit interest payment.

Malaysia´s previous government under Prime Minister Najib Razak had warm ties with China and signed up to a string of Beijing-funded projects.

But critics say many of these deals lacked transparency, fuelling speculation they were made in exchange for help in paying off debts from a massive financial scandal involving state fund 1MDB.

The scandal was a major factor in Najib´s shock electoral defeat in May last year that saw his former boss Mahathir Mohamad return to power.

Mahathir then ordered a review of mega-projects signed by Najib during his nine-year rule, adding he would discuss "unfair" terms supposedly set in these deals and high interest rates levied on Chinese loans used to finance the projects.

Azmin did not say how much compensation Malaysia would have to pay for cancelling the project, adding it would be determined by the finance ministry.

Najib and his cronies were accused of plundering billions of dollars from 1MDB, with the former leader charged with corruption over the scandal.

He will stand trial over these charges in February, and has denied any wrongdoing.