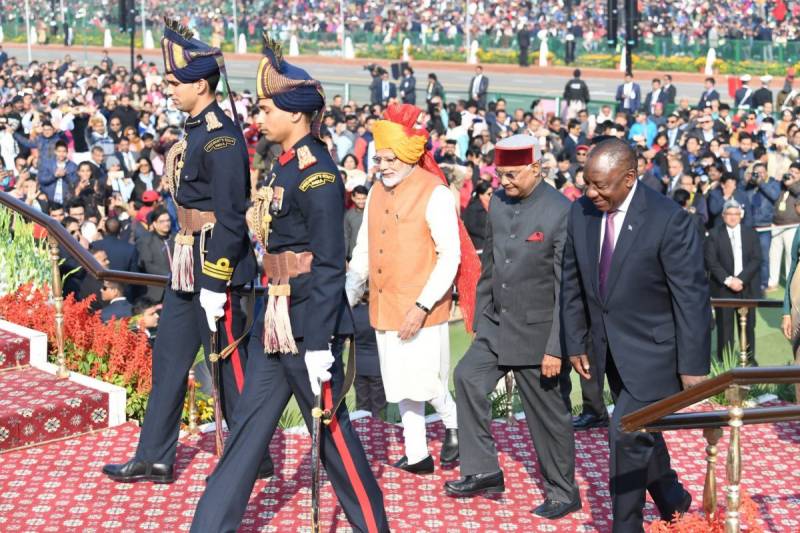 NEW DELHI - India displayed its military prowess during the celebrations of its 70th republic day in New Delhi today.

The event commenced with Prime Minister Narendra Modi paying his tributes to the fallen soldiers at the India gate war memorial.

Security was beefed up across the country on the eve of republic day.