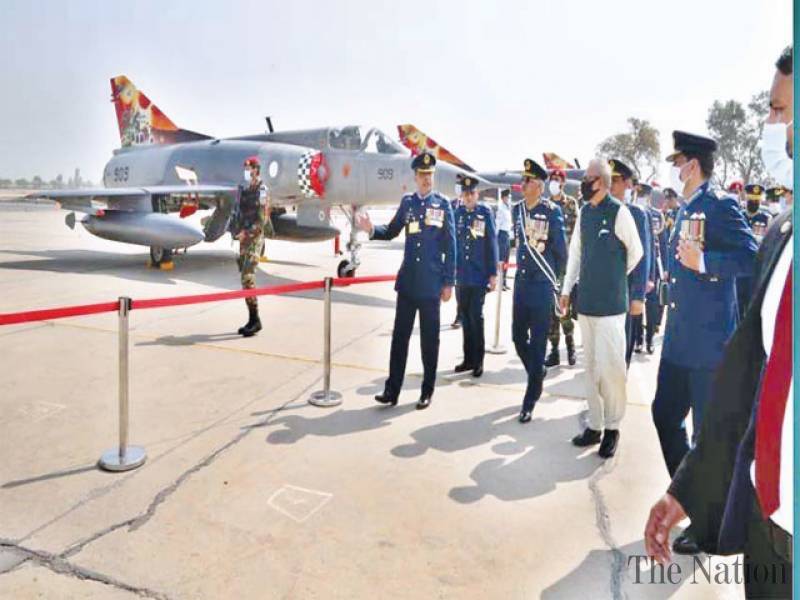 SHORKOT - President Dr Arif Alvi Thursday cautioned India not to take Pakistan lightly as the Pakistan Air Force (PAF) was second to none having proven its efficiency by shooting down an Indian aircraft in Balakot area on February 27, 2019.

Chief of the Air Staff Air Chief Marshal Mujahid Anwar Khan was also present in the ceremony, which marked the distribution of awards among air force veterans for their services for the motherland's defence.

The president said having faced tremendous difficulties, Pakistan during the last several years, had learned how to remain united. He said Pakistan was the only country to manufacture aircraft and fly those, besides having a distinction of eliminating terrorism which many other countries, including the super powers, could not do. Pakistan, he said, remained successful against terrorism because of its valiant armed forces and the sacrifices of its around 100,000 citizens.