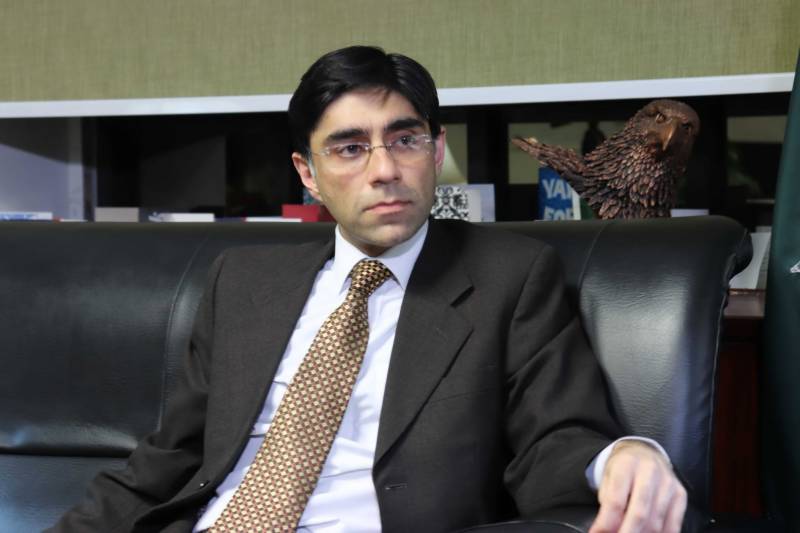 ISLAMABAD – Dr Moeed Yusuf, the National Security Advisor to Prime Minister Imran Khan, on Thursday dismissed speculation in India media that the recent agreement with Delhi for ceasefire at the Line of Control was the result of back-channel talks between the two nuclear countries.

“I have seen claims by Indian media that attribute today's ceasefire announcement between Pakistani and Indian DGMOs to back-channel diplomacy between me and the Indian NSA. This is baseless. No such talks have taken place between me and Mr. Doval [India’s NSA Ajit Doval],” he said in a tweet.

His remarks come after a special hotline contact was established between the Director Generals of Military Operations (DGMO) of Pakistan and India where in both sides agreed for strict observance of all agreements, understandings, and cease firing along the LOC and all other sectors, with effect from midnight 24/25 February 21.

Dr Moeed said that the welcome development on the LoC is a result of discussions through the established channel of DGMOs.

“Obviously these are by their very nature not in the public eye and done privately and professionally through the direct channel,” he added.

“Pakistan has continued to call for the 2003 ceasefire agreement to be honored and I am glad we have reached the understanding. It must be followed in letter and spirit,” Yusuf said.

Doing so will save innocent lives so no one should question the intent. Nor should wrong inferences be drawn. There is nothing more than meets the eye here.