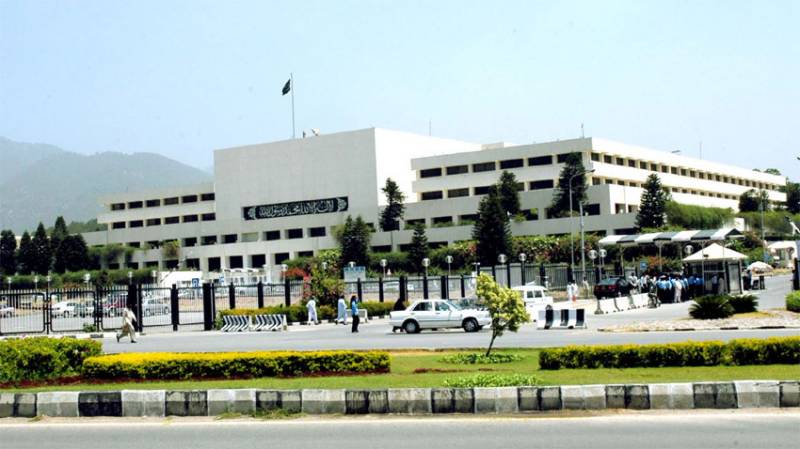 The House unanimously passed a resolution, moved by Raja Zafar-ul-Haq, condemning premediated reactions, threats, and war hysteria by India in the aftermath of Pulwama attack in India Occupied Kashmir.

It also condemned the frivolous propaganda campaign launched by New Delhi against Pakistan, which is escalating during elections’ times in India.

The resolution appreciated government’s stance of offering assistance to India in investigations of this attack and to take action on actionable intelligence or evidence.

It reiterated that no one should underestimate Pakistan’s ability and commitment to defend its borders against any external aggression.

The House deplored the continued state-sponsored violence orchestrated by Indian security forces against Kashmiris in the form of disappearances, stage encounters, rapes, uses of live ammunition, and pellet guns. It condemned the surge in atrocities perpetrated by India against Kashmiris in Occupied Kashmir and targeting of Kashmiri students in various parts of India.

The resolution maintained that India has failed to suppress indigenous freedom movement of the people of Kashmir against Indian occupation. It urged the government to effectively coordinate with the world community to raise human rights violations at the international forums with a view to seek a final settlement of Kashmir dispute in accordance with UN resolutions.

Senators belonging to Opposition have called for across the board accountability instead of targeting political opponents.

Taking floor, Raza Rabbani said arrest of Sindh Assembly Speaker Agha Siraj Durrani in Islamabad is condemnable.  He said the arrest of Custodian of a provincial assembly is a mockery to the federal parliamentary system.

Siraj ul Haq said the dream of a progressive and prosperous Pakistan cannot be materialized without elimination of corruption. He said a number of Pakistani citizens had been mentioned in Panama papers case but action was taken only against former Prime Minister Nawaz Sharif.  He said an indiscriminate accountability is vital to curb loot and plunder of national wealth.

Responding to Opposition’s criticism, PTI Leader Faisal Javed said NAB is an independent institution and government has nothing to do with its action against anyone.

He said NAB has also taken action against PTI leaders like Aleem Khan, but we did not make hue and cry to malign the accountability process. He said the government is working on controlling money laundering which has increased confidence of the international community on Pakistan. He said Foreign Direct Investment and remittances have increased, imports decreased and trade deficit reduced due to prudent economic policies of the government.

Leader of the House Shibli Faraz in his remarks said it is unfortunate that opposition instead of talking about tense situation of Pakistan and India the House discussed arrest of Sindh Assembly Speaker.

He said when anyone from opposition is arrested by an institution it becomes a ‘threat’ to democracy.

Shibli Faraz said previous government is responsible for the economic crises of the country.