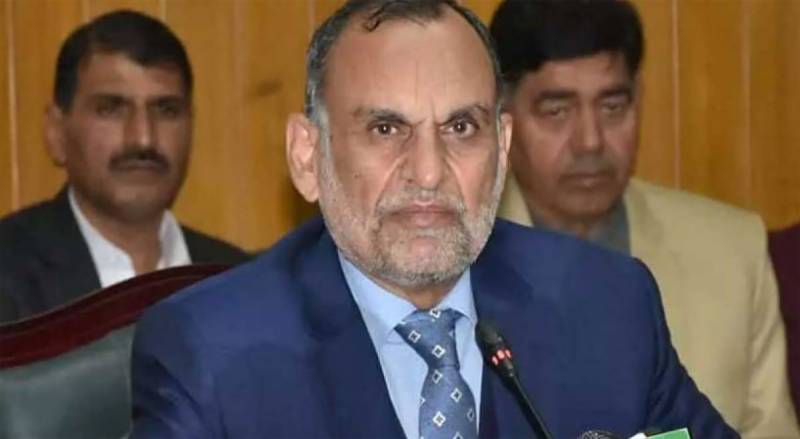 The Islamabad High Court on Monday issued notices to the state and the Federal Investigation Agency (FIA) while hearing a bail petition filed by PTI Senator Azam Khan Swati seeking his release in a case related to controversial tweets.

Swati was arrested on November 27 after the FIA booked him in Islamabad over a “highly obnoxious campaign of intimidating tweets […] against state institutions”. It was the second time that Swati was booked and arrested by the FIA over his tweets about army officials in less than two months.

Last week, the senator approached a special court in Islamabad for bail. However, Special Judge Central Azam Khan dismissed the plea ruling that he had “committed the same offence twice”.

Subsequently, Swati filed a post-arrest bail petition through his lawyer Babar Awan in the IHC, challenging the special court’s orders.

The plea, a copy of which is available with Dawn.com, named the state and Aneesur Rehman, the technical assistant at FIA’s Cybercrime Reporting Centre in Islamabad, as respondents. The FIA criminal complaint was filed through Rehman.

Awan appeared before the IHC as it took up Swati’s petition on Monday. During the hearing, IHC Chief Justice Aamer Farooq issued notices to the respondents and adjourned the hearing till January 2 (Monday).

Speaking to the media outside the IHC, Awan quoted a judgement authored by IHC Justice Babar Sattar wherein he said that mere tweets could not incite a mutiny in the army.

“Those experts in leaks are sitting in the PM House and indulging in propaganda,” Awan claimed.