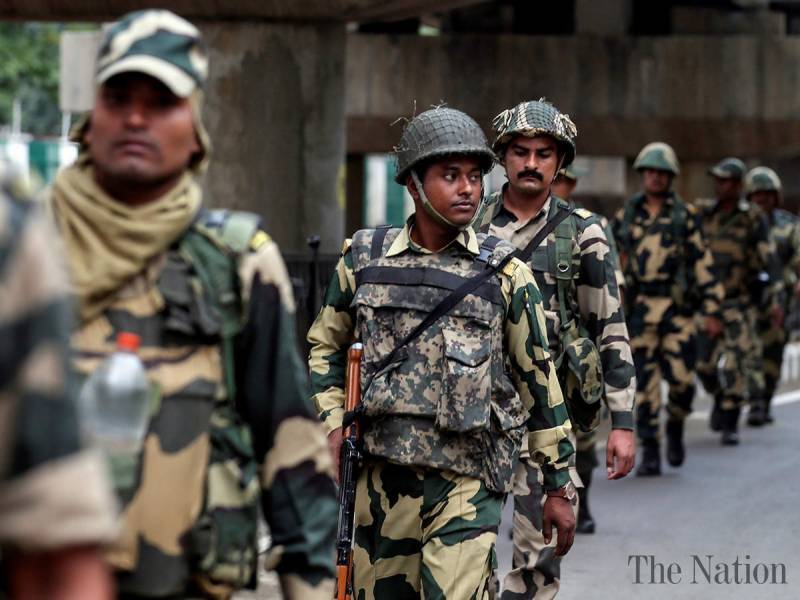 ISAMABAD - According to an order issued by the Indian Ministry of Home Affairs, a total of 72 units of the Central Armed Police Forces (CAPFs) have been ordered to "revert" immediately to their locations across the country. One such unit has about 100 personnel.

These units are drawn from the CRPF, BSF, ITBP, CISF, and the SSB and were sent to the Kashmir Valley in Indian-occupied Kashmir after Delhi abrogated Article 370 provisions.

On 11 December, the Indian parliament passed a controversial bill allowing citizenship for religious minorities, including Hindus, Buddhists, Jains, Christians, Sikhs, and Parsis, facing persecution in neighbouring states. The opponents see the bill as discriminatory in what critics say is a fresh attempt to side-line the nearly 200-million-strong Muslim minority.

The bill triggered major protests in the country that have resulted in 22 people killed, over 50 security officers and thousands of people injured. A week later, the Indian Supreme Court refused to suspend the implementation of the citizenship law as amended, despite the ongoing unrest in the country.

Tensions between India and Pakistan increased in August when Indian President Ram Nath Kovind signed a decree revoking Article 370 of the Indian Constitution, which had ensured the special status of Jammu and Kashmir, the Indian title for Indian-occupied Kashmir, for decades. Under the government’s new initiative, Jammu and Kashmir was divided into two union territories that are under New Delhi's control.

Pakistan reacted angrily to India downgrading the Muslim-majority region to a territory and promised to protect Kashmiris. It expelled the Indian ambassador, halted bilateral trade, and promised to raise the issue with the International Court of Justice.