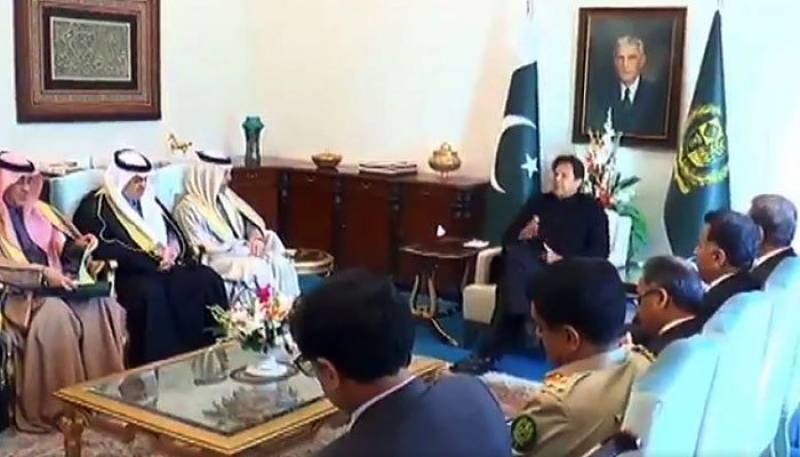 Foreign Minister Shah Mahmood Qureshi and other senior officials of the government attended the meeting as well. Qureshi had also held a separate meeting with his Saudi counterpart earlier at the Foreign Office.

The foreign minister said "Pakistan and Saudi Arabia have a brotherly relationship and that the two countries are committed to further expanding their relations in diverse fields."

The two foreign ministers agreed to hold bilateral consultations on important matters, including the issue of occupied Kashmir.

Last week, PM Imran embarked on a day-long visit of Saudi Arabia to discuss bilateral matters and recent developments in the region with the Saudi leadership.