In a worry for India, Pakistan and China hold massive naval drills in the Indian Ocean
26 Dec, 2019 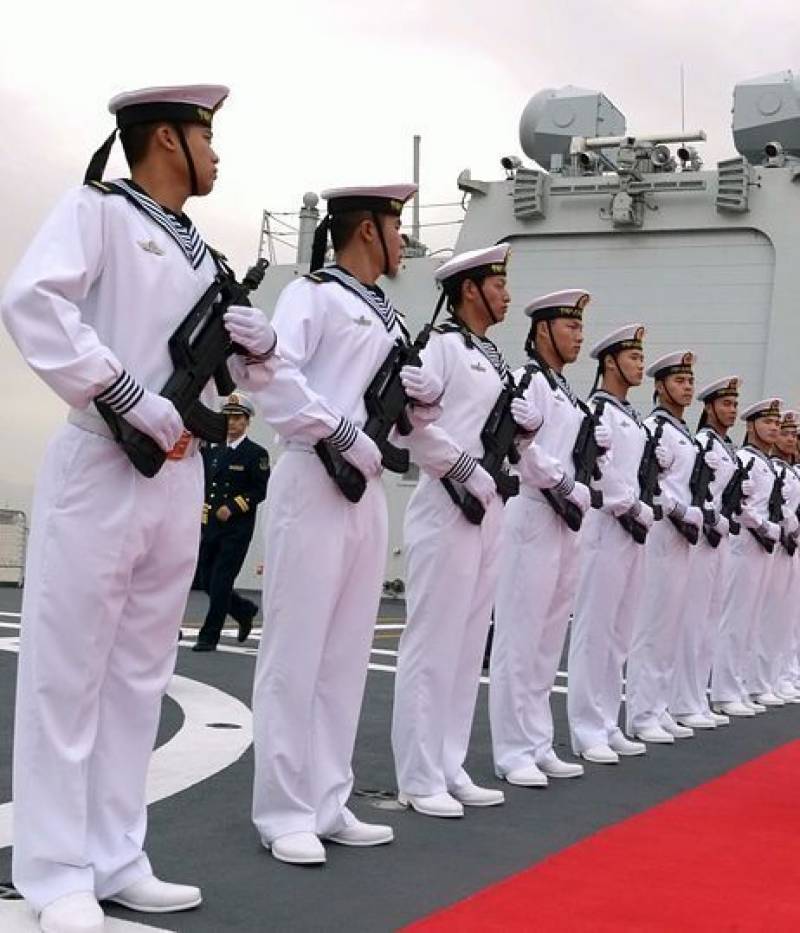 ISLAMABAD - China and Pakistan are set to hold joint military exercises in January 2020 in the Arabian Sea. The naval exercises are anticipated to include the participation of a Chinese destroyer, frigate, a supplement ship, and submarine rescue ships, according to China’s Ministry of National Defense.

“The exercise is conducive to deepening security cooperation between the two militaries, consolidating and developing the China-Pakistan all-weather strategic cooperative partnership, and promoting the building of a maritime community with a shared future,” said Ren Guoqiang, the ministry’s spokesman.

The joint drills are significant, especially for China, as it gains experience in conducting operations off of the Pakistani coast in the Arabian Sea.

This body of water feeds into the Indian Ocean, a maritime area that has grown in strategic importance as Chinese economic ties have expanded and as the country has sought to modernize its military and establish a blue water navy.

China and Pakistan engage in a series of other bilateral and multilateral joint exercises across different branches of their militaries.

The Sino-Pakistani “Warrior” series is dedicated to curbing terrorism threats. Its seventh iteration, held earlier this month in Pakistan with members of each military’s special forces, included mobilization of forces using vehicles and aerial transportation. Chinese officials stated that the drills focused on deepening cooperation and communication.

A new exercise was also introduced, the joint defense of key facilities in mountainous areas, likely in an effort to simulate protection of government or civilian buildings, as well as major investment projects under the umbrella of the China-Pakistan Economic Corridor (CPEC), one of the branches of China’s Belt and Road Initiative (BRI).

The Chinese consulate in Karachi was targeted in late 2018 by terrorists. More recently, in May 2019, gunmen attacked and stormed a luxury hotel in Balochistan overlooking that port of Gwadar. Gwadar has been the site of significant Chinese investment and is viewed as one of the core hubs of CPEC.

Additionally, the two air forces also carry out extensive joint drills, including the Shaheen exercises, which wrapped up their eight iteration in a two-week drill in September that featured top aircraft from China and Pakistan in northwestern China. Various warplanes, surface-to-air missiles, and radar installations from both China and Pakistan participated in mock battles.

The multilateral exercises are intended to boost cooperation among regional and extraregional navies in the Indian Ocean; among the regular attendees are China and the United States.

While the Beijing-Islamabad relationship is often touted as tight-knit and special, the flurry of joint exercises conducted by Chinese military units is not only unique to Pakistan.

China has steadily expanded its military exchanges and drills with many partners over the past decade and a half, particularly with other neighboring powers such as Russia, Pakistan, and India, as well as in multilateral settings via the Shanghai Cooperation Organization or the U.S.-hosted multilateral RIMPAC exercise.

These joint drills are a visible diplomatic demonstration of capabilities but are also a valuable resource and opportunity for training, cross military coordination, readiness, and information gathering.

As China continues to invest significantly in Pakistan, the label of “all-weather friend” may be tested if the security environment continues to be challenged. Still, the two neighbors are likely to remain regular military partners going into 2020 and beyond.