Pakistan seeks US help for return of Afghan refugees
26 Dec, 2017 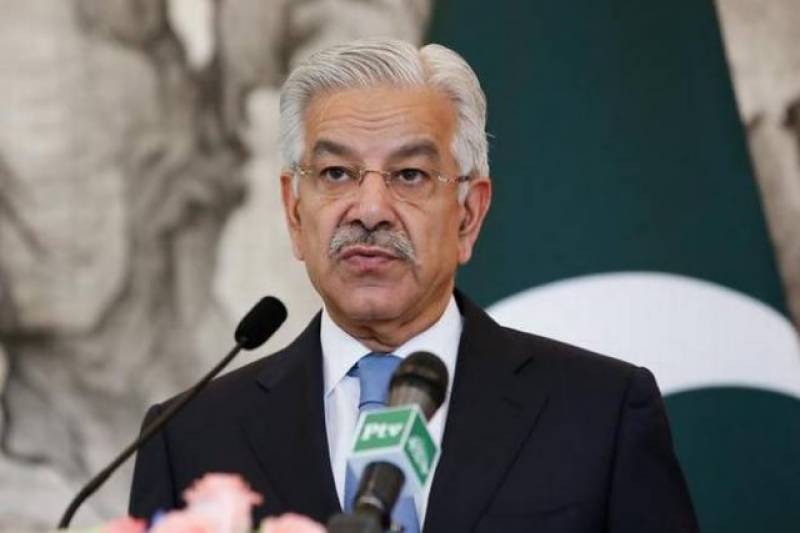 Pakistan had launched fencing for securing its border with Afghanistan because it was imperative for combating terrorism, he said while talking to a private news channel.

Afghanistan should focus on the ‘border management’ and fulfill its responsibility in that regard, he said.

Expressing serious concerns over the situation in neighboring country, he said the allied forces equipping with modern weapons and thousands of soldiers could not establish peace in Afghanistan.

Expressing dismay over peace situation in Afghanistan, he said a huge part was not under the control of Afghan government. Pakistan had extended a lot of cooperation with United States on different occasion in past but our country had to face huge losses rather than benefit, he said.

Some foreign forces did not want to see Pakistan as a powerful state but Pakistan could not be intimated with threats of any country, he said.  Pakistan armed forces were fully capable to defend the motherland, Khawaja Asif said.  Nearly 9,000 ton opium was being cultivated in Afghanistan, which was an alarming situation, he said.

It was strange that a huge cache of narcotics amounting 150 billion dollar was being smuggled from Afghanistan in the presence of allied forces.

Pakistan had asked the US to provide actionable information but no such information were being provided to our country, he said. To a question regarding meeting of Kulbhushan Jadhav, with his family, he said, “On humanitarian grounds, Pakistan had given permission.”

Voicing concerns over the situation in Occupied valley of Kashmir, he said India was involved in the massive human rights violations and killing of Kashmiri people.