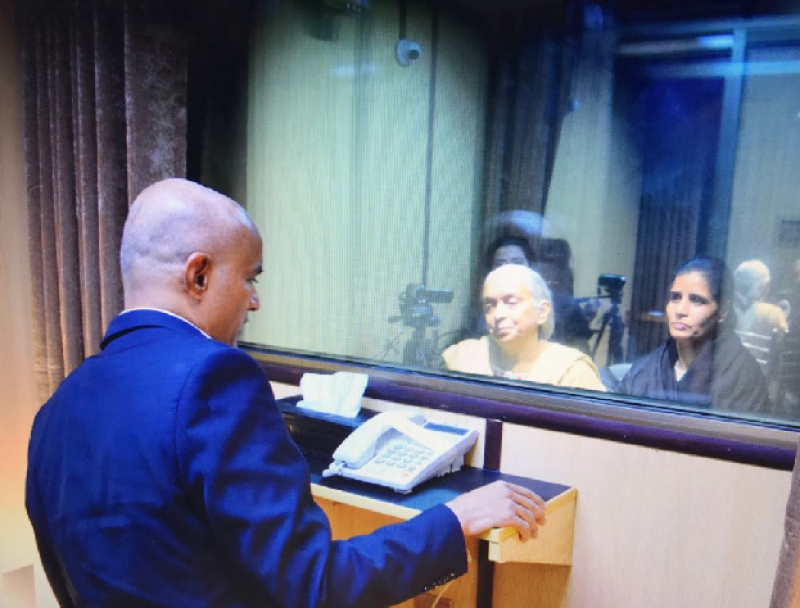 While the duo were bombarded with questions about their brief meeting with Jadhav by the Indian media, their meet with the Indian minister remained under wraps.

Reports suggest, however, that Jadhav’s mother, Avanti and wife Chetankul were assured by the minister that the Indian government is ‘doing everything possible to ensure Jadhav’s release’. Foreign Secretary S Jaishankar accompanied them to the meeting.

The mother and wife of Jadhav, who is on death row, met the Indian spy in the federal capital, on Monday, after Pakistan granted permission for the meeting on humanitarian grounds, said Express News. The meeting lasted for about 40 minutes and was held at the Ministry of Foreign Affairs.

The duo arrived from India at the Benazir Bhutto International Airport via flight EK-612 and left on Monday.

In a statement, the Foreign Office said Pakistan permitted the convicted Indian spy to meet his family members on humanitarian grounds on the day of Quaid-e-Azam Muhammad Ali Jinnah’ birth.

“I am utterly thankful to Pakistan for granting my family the permission to meet me,” he maintained.

The spokesperson for the FO Dr Mohammad Faisal also clarified that Pakistan has not given any consular access to Jadhav.