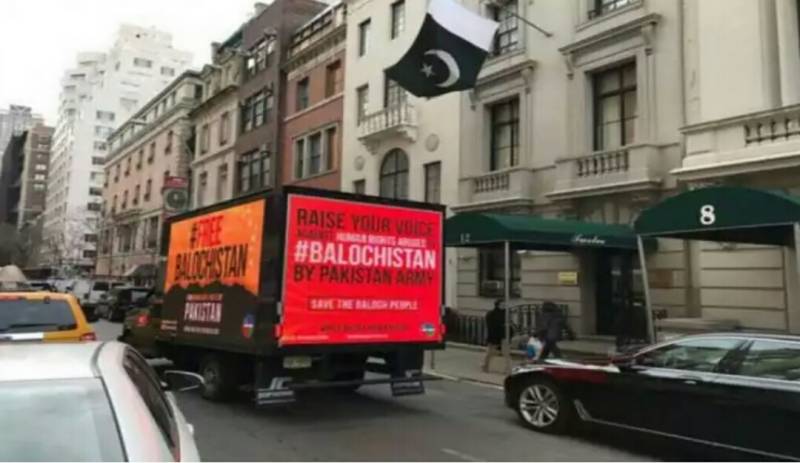 NEW YORK - India has hired some apparently self claimed Baloch students  living in US to start 'Free Balochistan' advertisement campaign.

It plans to run a mobile drive with signs against Pakistan in Balochistan, in New York.

Days after it ran its campaign on close to 100 NYC cabs, it posted banner on a delivery truck which ran in the city.

The objective of the campaign is to raise awareness amongst New Yorkers against Pakistan in the region.

However both Pakistani and Indian community have mocked such kind of cheap tactics by India to defame Pakistan. Sources have informed that People in New York have ridiculed such kind of activities in their city.

It said. "No to CPEC, the China-Pakistan project.

It is reported that the NYC campaign will run for a month, during which the WBO will continue to make use of different methods of campaign against Pakistan.

In recent months, India has upped its advertisement campaign in London.