Indian diplomat who referred to Pakistan as ‘Terroristan’ robbed of phone
26 Dec, 2017 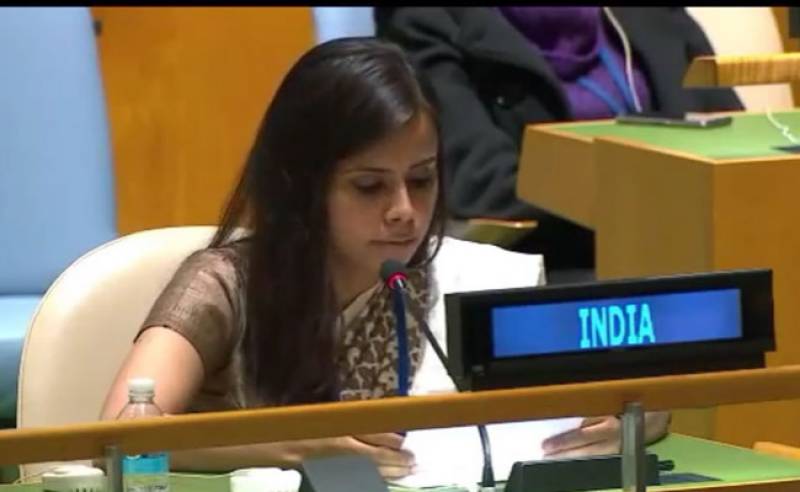 NEW DELHI: Indian diplomat Eenam Gambhir, the first Secretary in the Permanent Mission of India to the United Nations, was the victim of a mobile phone snatching when two persons on a motorcycle stole away with her cellphone.

According to police, the incident occurred when the diplomat was taking a stroll with her mother at Rohini. The suspects who robbed her came on a motorcycle and snatched her phone on the pretext of asking for directions.

Police disclosed how the suspects asked for directions to the Hanuman Mandir and when she pointed it out, they stole the mobile phone from her hand and sped away.

Gambhir stated that her stolen iPhone had a US-registered SIM card and some important work files as well.

She stated in her complaint that since it was evening, she was unable to note down the registration number of the motorcycle.

In September of this year, when Pakistani Prime Minister Shahid Khaqan Abbasi had exposed Indian atrocities in occupied Kashmir, Gambhir had created a stir by referring to Pakistan as ‘Terroristan’