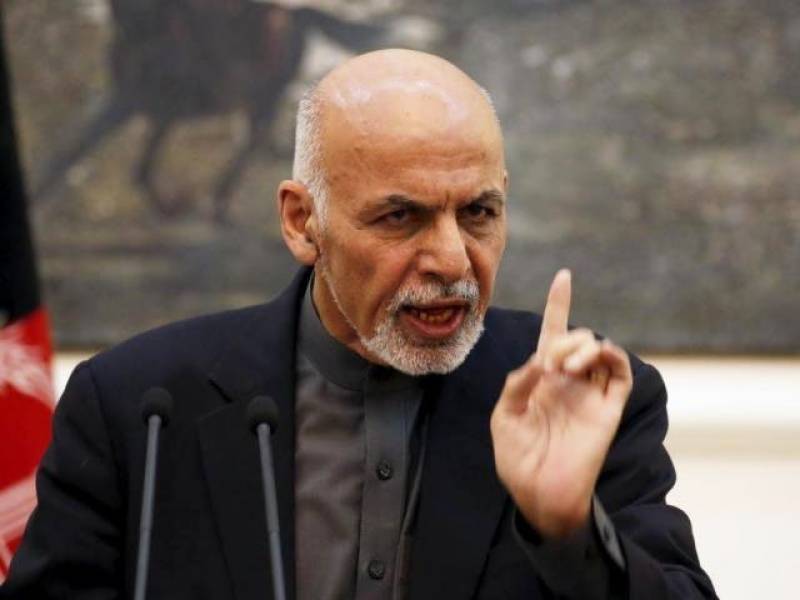 Kabul: Afghan President Ashraf Ghani`s bid to oust one of the country`s most powerful provincial governors has run into strong resistance that has deepened political uncertainty just as Washington steps up its campaign against the Taliban insurgency.

Atta Mohammad Noor, governor of the strategically important northern province of Balkh, has refused to leave office, a week after Ghani`s office said the president had accepted his resignation and named a replacement.

The standoff has underlined how uncertain central government control remains outside the capital and how volatile the political situation has become as manoeuvering begins ahead of a presidential election scheduled for 2019.

One of a number of powerful regional leaders who command strong local loyalty while acting semi-independently of the government, Atta Noor has long sought a role on the national stage and is a potential candidate in the 2019 election.

Allies have warned that unless Ghani reverses his decision, he risks civil unrest that will threaten security and allow Taliban and Islamic State militants to gain a foothold in Balkh, a major economic hub which sits on lucrative trade routes to Central Asia.

"If President Ghani does not show flexibility, he will be responsible for the consequences," said Farhad Azimi, a member of parliament from Balkh province.

However, he said no side had any interest in a confrontation that would cause violence or threaten security.

The standoff, which has alarmed Afghanistan`s Western partners, has re-opened divisions that were only partially covered up by the U.S.-brokered agreement creating Ghani`s unity government following a disputed presidential election in 2014.

After widespread claims of fraud by both sides in the election, Ghani was finally installed as president alongside his former rival Abdullah Abdullah from the Jamiat-i Islami party, who took the specially created post of chief executive.

Atta Noor, who has built a strong regional power base as Balkh governor, has received the backing of the party, which is supported mainly by ethnic Tajiks from northern Afghanistan, many of whom still resent Ghani, an ethnic Pashtun.

"Atta Mohammad Noor is the strongest figure in Jamiat," said Bresha Rabeh, another member of parliament from Balkh. "He will not back down."

However, he has clashed bitterly with his party rival Abdullah, whom he called a "serpent" whose teeth he would break. After days of silence, Abdullah confirmed on Monday that he had backed the decision to remove Atta Noor.

The dispute comes as US forces have stepped up air strikes against the Taliban and other militant groups as part of a beefed-up strategy aimed at forcing the insurgents to accept a peace settlement after 16 years of war.

US commanders say the campaign has had significant success against the Taliban but the impact risks being diluted by political turmoil that has undermined public confidence in the Western-backed government.

As the turmoil has deepened, tensions between Tajiks and Pashtuns, Afghanistan`s two largest ethnic groups, have intensified, undermining attempts to build national unity.

Parliamentary elections, officially scheduled for next year, are in doubt and opposition groups have stepped up pressure on the government, with former president Hamid Karzai calling for a `loya jirga`, or council of elders and political leaders.