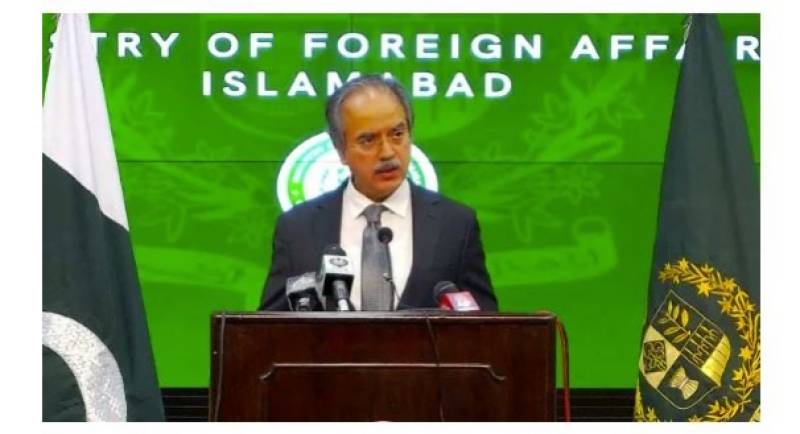 Islamabad: Rebutting claims of pressure on former ambassador to the United States Asad Majeed, the Foreign Office said Monday that no one pressurised the envoy at any time.

Addressing a press confernece, the spokesman Asim Iftikhar ruled out the possibility of any editing of the communication.

He talked about the issue of cypher and said it was important to recall that the matter had been discussed in two meetings of the National Security Committee (NSC).

The communiqués of the two meetings complement each other, he added.

“Let me recall that the 22nd April NSC meeting discussed the telegram received from Pakistan Embassy in Washington. Pakistan’s former Ambassador to the US briefed the committee on the context and content of his telegram. The NSC after examining the contents of the communication, reaffirmed the decisions of the last NSC meeting.”

“The NSC was again informed by the premier security agencies that they have found no evidence of any conspiracy. Therefore, the NSC after reviewing the contents of the Communication, the assessments received, and the conclusions presented by the security agencies, concluded that there has been no foreign conspiracy.”

“That is the most authentic reference to the entire matter, from the relevant and competent governmental forum. I have nothing to add to that. The communiqués of the NSC meetings speak for themselves.”