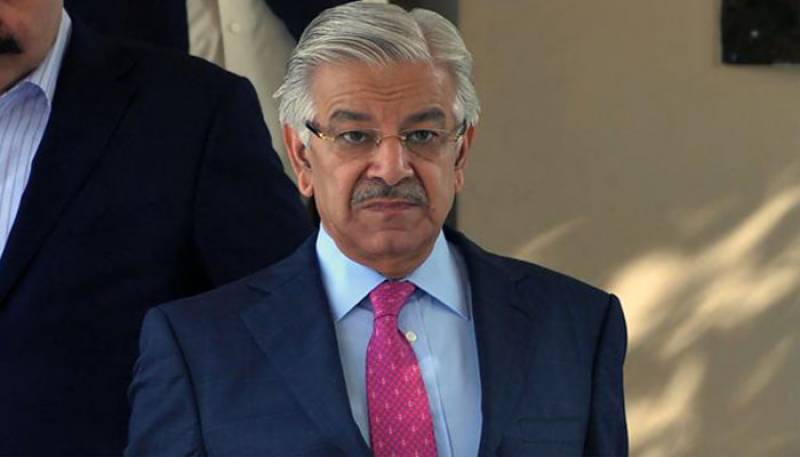 The Islamabad High Court (IHC) will announce verdict in Foreign Minister Khawaja Asif’s disqualification case today. On April 10, an IHC larger bench had reserved its judgment in a matter where a Pakistan Tehreek-e-Insaf (PTI) leader Usman Dar sought disqualification of the federal minister on the basis of an Abu Dhabi Iqama.

Pakistan Tehreek-e-Insaf’s Usman Dar filed this petition seeking disqualification of Asif for concealing the facts that he was an Iqama holder, legal advisor of a company in UAE and his recent labour card was issued on June 29, 2017. Khawaja Asif on the other hand took a view that he concealed nothing and his Iqama was declared in the nomination paper.

The petitioner adopted that Supreme Court on July 28 disqualified former Prime Minister Mian Nawaz Sharif for possessing an ‘Iqama’ and Khawaja Asif can also be disqualified on similar grounds.

The bench had reserved the verdict, however, it allowed the parties to submit additional documents if they have. Khawaja Asif on April 16 submitted a letter of an Abu Dhabi company where he is employed.

As per the letter, Khawaja Asif’s job with International Mechanical & Electrical Co. WLL. is quite flexible and there are no conditions on him to stay there in Abu Dhabi. The company can seek his legal advice via telephone or whenever he comes to UAE. Managing Director of the company, Elias Salloum, has expressed that he is ready to come before any court in Pakistan.