Use of force bypassing UNSC plays into hands of terrorists: Putin
26 Apr, 2018 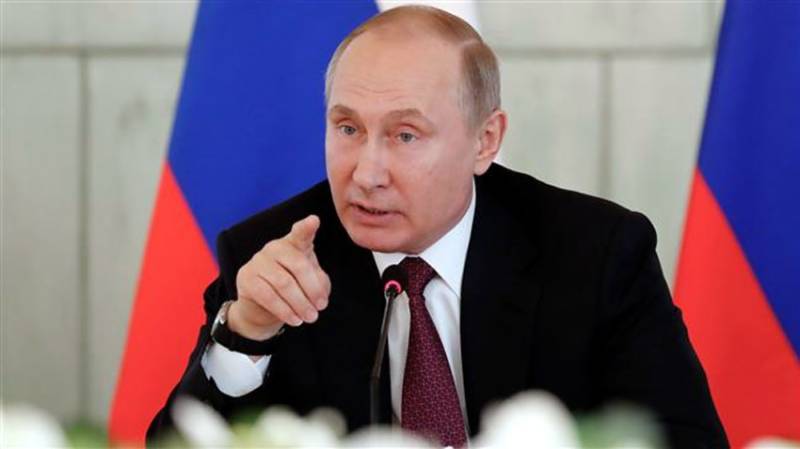 MOSCOW: The use of force by some countries bypassing the United Nations Security Council (UNSC) plays into the hands of terrorists, Russian President Vladimir Putin said Wednesday.

"Some members of the international community have been increasingly trying to ignore the generally recognized norms and principles of the international law and resort to the use of force bypassing the UN Security Council and refuse to hold talks as a key tool of resolving international disputes," Putin was quoted by local media as saying in a greeting message to representatives at an international security meeting in Sochi.

The message, read out by Russian Security Council Secretary Nikolai Pastrushev, said that such actions "generate political and social instability" and play into the hands of forces of terrorism, extremism and transnational crime, leading to an escalation of local conflicts and crises.

Putin did not name any specific country in his message, but it came only a few days after the United States, Britain and France conducted a joint air strike against Syrian government forces, without getting authorization from the UN Security Council.

"Russia is ready for the closest cooperation with foreign partners" to maintain global and regional security, Putin said in the message.

The Russia-organized two-day Sochi security meeting, which kicked off on Wednesday, will be attended by prime ministers, aides to presidents, heads of security councils, defense ministers, representatives of security services and law enforcement agencies from 100 countries, according to the Russian Security Council. APP/AFP