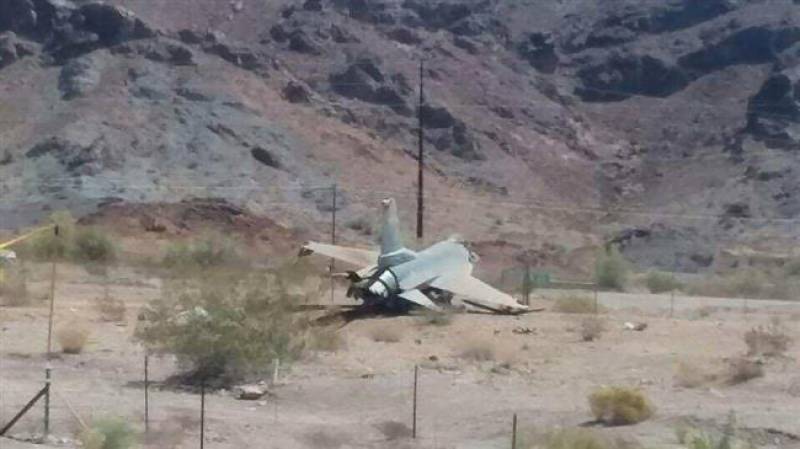 WASHINGTON - *US F-16 fighter jet has crash landed during a training flight in the country’s southwest, with official reports saying that the pilot has managed to eject the aircraft and is currently in good condition.*

The incident took place on Tuesday, when the warplane, a fighting Falcon from Luke Air Force Base, diverted and attempted to make an emergency landing at a small airport near the border between the southwestern states of Arizona and California.

Local officials from Lake Havasu City Municipal Airport, where the crash occurred, said in an initial release that the pilot was able to make it out and was walking around after the incident.

“During landing, the aircraft departed the prepared surface and the pilot ejected from the aircraft. The pilot is in good condition and is being transported to Havasu Regional Medical Center," according to the release.

"First responders are on site and there is no immediate danger to the public," it said.

The F-16 crash is the latest in a recent string of aviation accidents in the United States.

An F-22 Raptor from the 90th Fighter Squadron had engine failure during a routine training flight at Tyndall Air Force Base in Florida on April 6.