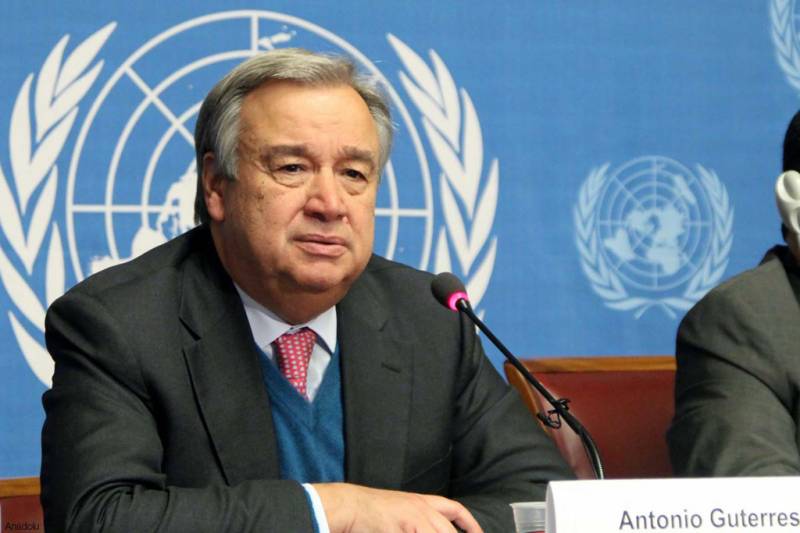 United Nations:UN Secretary-General Antonio Guterres believes the Iran nuclear deal must be preserved but that this achievement can be strengthened, his spokesman said Wednesday.

French President Emmanuel Macron on Tuesday opened the door to a new deal with Iran that would build on the nuclear agreement, following talks at the White House with President Donald Trump.

Guterres believes that the Iran nuclear deal is "very important and it should be maintained," said UN spokesman Stephane Dujarric.

But he added: "We must build on this important achievement to preserve the non-proliferation regime which is a cornerstone of our global security."

Guterres met with Iranian Foreign Minister Mohammad Javad Zarif on Tuesday to discuss the landmark 2015 deal that calls for curbs on Iran's nuclear program in exchange for sanctions relief.

The agreement was endorsed in a resolution adopted by the Security Council.

In his meeting with Zarif, Guterres also stressed the importance of political talks to end the wars in Syria and in Yemen, where Iran is involved militarily.

Trump has set a May 12 deadline for the Europeans to "fix" the agreement or else he will not waive sanctions on Iran or could ditch the deal altogether.

Macron said a "new deal" with Iran would keep the nuclear add and three other "pillars" in response to Trump's concerns: Tehran's missile program, its regional influence and restrictions on its nuclear program that expire in 2025.

Iranian President Hassan Rouhani on Wednesday rejected changes to the nuclear agreement saying that if the deal stays in place "it stays in full."