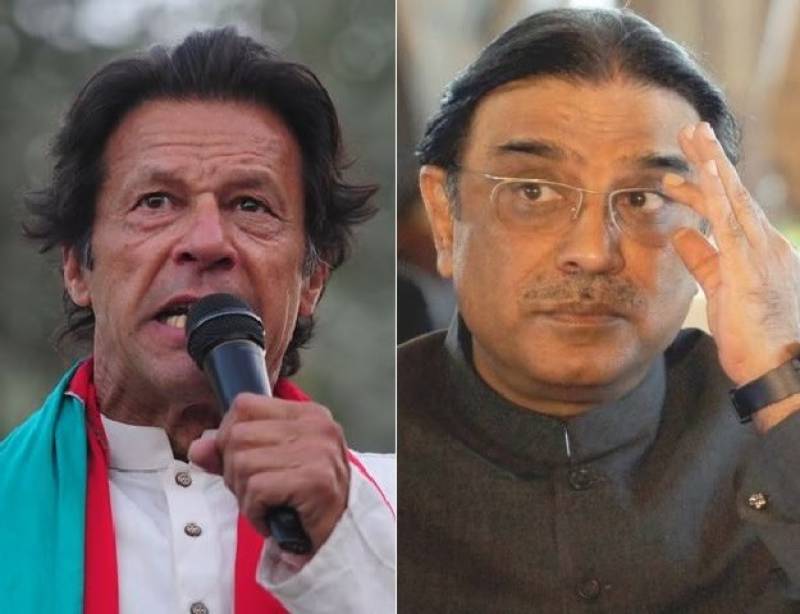 ISLAMABAD - Three disgruntled MPAs of PTI have decided to join PPP after getting snubbed from Chairman Imran Khan.

MPAs Ubaidullah Mayar, Nageena Khan and Zahid Durrani have reached Lahore to meet PPP co-chairman Asif Ali Zardari and are expected to announce joining his party later in the day.

The TV channel reported that e PPP has invited the MPA to give the PP tit-for-tat response over the recent defecation it has suffered.

The three MPAs have been issued show-cause notice by PTI after Imran Khan went public against them for indulging in corrupt practices during Senate election, a charge they have deny.

Imran Khan while speaking at a press conference had announced to approach the National Accountability Bureau (NAB) against the lawmakers.