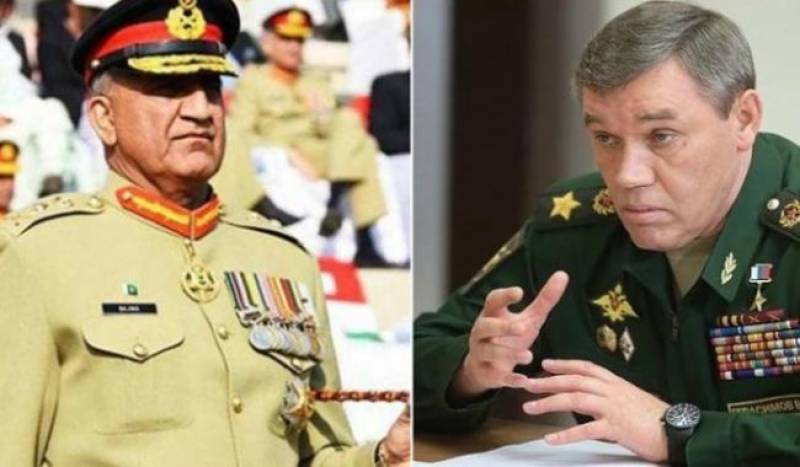 RAWALPINDI: Chief of the Army Staff General Qamar Javed Bajwa on Wednesday told the Chief of General Staff Russian Armed Forces General Valery Vasilevich Gerasimov that Pakistan wants to get out of the zero-sum dynamics of the Cold War era, said the Inter-Services Public Relations (ISPR).

Chief of the Army Staff (COAS) General Qamar Javed Bajwa met General Gerasimov at the Defence Ministry premises in Moscow, on the second day of the former’s visit to Russia. General Bajwa, in the meeting, said Pakistan welcomes any initiative that can bring peace and stability in Afghanistan, adding that the entire region will benefit from such efforts.

The army chief further said that the zero-sum dynamics of the Cold War era are still prevalent in South Asia. "We have no hostile designs towards any country and will keep on working towards a cooperative regional framework based on sovereign equality and mutual progress through connectivity," said General Bajwa.

General Grasimov said his country supports Pakistan’s efforts towards reconciliation and peace in Afghanistan. The Russian chief of general staff further added that Russia is willing to play a role in Pakistan's efforts towards reconciliation and peace in Afghanistan, according to the military's media wing. General Grasimov appreciated Pakistan’s achievements in the war against terror. During the meeting, on General Bajwa's second day of his visit to Russia, matters related to regional security, stability, and bilateral security cooperation were discussed. The army chief is in Russia on a two-day visit where he has met Commander of Russian Federation Ground Forces Colonel General Oleg Salyukov at the Kremlin Palace.