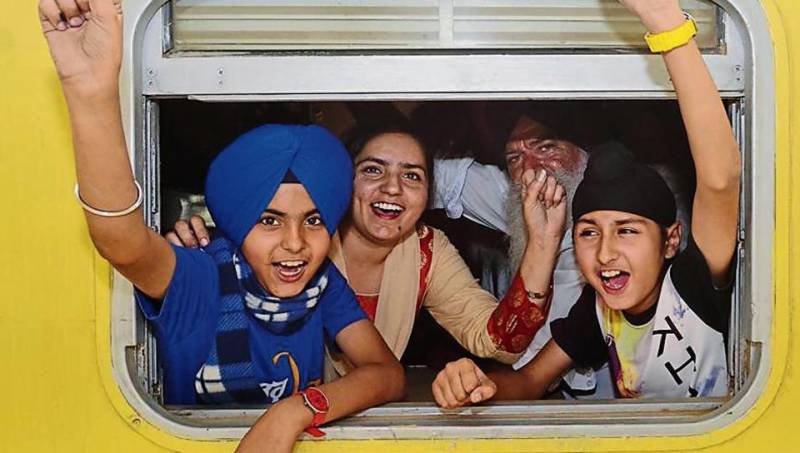 ISLAMABAD - Pakistan is mulling option to bar the persons from other religions accompanying the Sikh pilgrims to the country.

After two Indian pilgrims violated the rules of pilgrimage visa by leaving a Sikh jatha recently, Pakistan is planning to bar people of other faiths from accompanying Sikh jathas which visit the country to celebrate religious festivals in various gurdwaras.

The Evacuee Trust Property Board (ETPB), which is the government body to manage affairs of Hindu and Sikh shrines in Pakistan, has initiated deliberations to impose a ban on Muslim, Hindu or Christian devotees to enter Pakistan as members of the Sikh jatha.

Imran Gondal, spokesperson and deputy director of ETPB, said the matter is on the level of discussion and the board is seriously thinking in this regard in view of the act of two pilgrims—Kiran Bala and Amarjit Singh—who came along with a Sikh jatha from India via Attari-Wagah border on April 12 but did not return with it on April 22.