Pakistan hits out at India over making mockery of judicial system
26 Apr, 2018 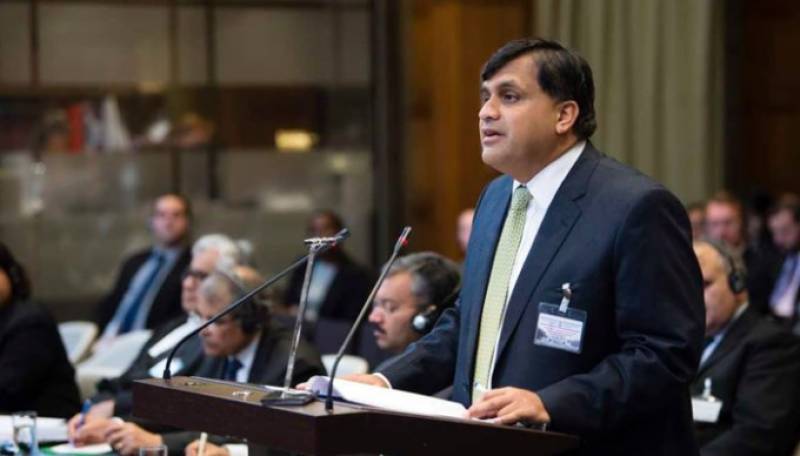 ISLAMABAD : Ministry of Foreign Affairs (MOFA) on Thursday said that India is quick to indulge in pointless blame games for political point-scoring.

The statement was made during a weekly press briefing by MOFA spokesperson Mohammad Faisal where he noted that India was making a “complete mockery of its justice system”. “India is quick to indulge in pointless blame game. Labelling everything as terrorism for political point-scoring often without substance or evidence but that quickness does not extend to ensuring justice the real victims,” said a press release by the Foreign Office (FO).

“India is making a complete mockery of its justice system, especially while dealing with Saffron terrorism and terrorist acts committed under the garb of Hindutva and Hindu fundamentalism,” said the spokesperson.

The FO spokesperson also expressed concerns over the acquittals of suspects in 2007’s Mecca Masjid blast by India’s National Investigation Agency (NIA) court on April 16. “The gradual acquittal of accused of Samjhota terrorist attack, including the mastermind Swami Aseemanand, makes a travesty of the Indian judicial system,” he said.

The spokesperson further added that Islamabad had regularly lodged concerns with India over the lack of progress in the 2007 Samjhota Express attack that resulted in the death of at least 42 people.

At least two civilians were martyred and another two injured early Thursday morning as the Indian Army resorted to unprovoked firing along the Line of Control (LOC), read the FO statement.

According to the FO spokesperson, the Indian forces targeted Bramla village. The casualties occurred when a mortar round hit their house while they were harvesting in the fields nearby.