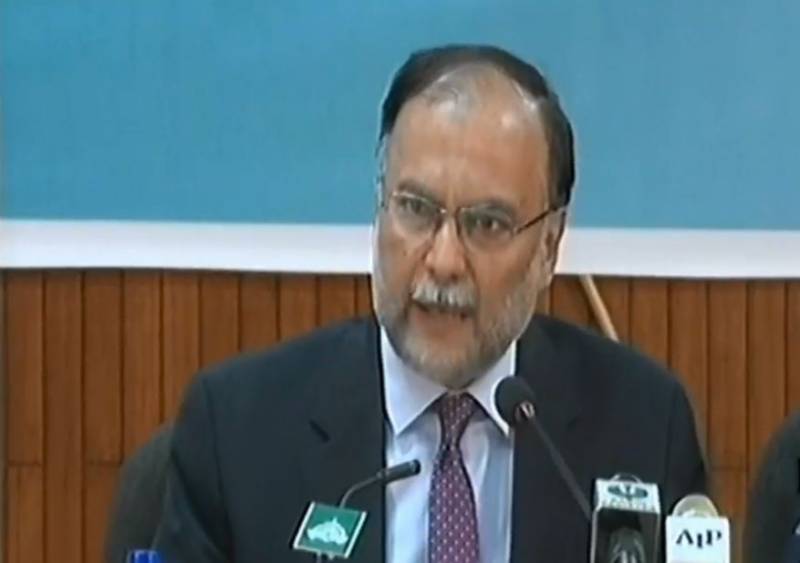 ISLAMABAD - Minister of Planning and Development Ahsan Iqbal says the country's growth rate has reached 5.8 percent, the highest in last 13 years, which vindicates that the government's economic policies have put the country on the right track.

Speaking at the launch of Economic Survey 2017-18 in Islamabad this evening (Thursday), he said the government could have achieved the target of 6 percent had the impediments not stopped the economic march of the government.

Giving an overall review of the government's performance of the past five years, the Minister said the government successfully addressed the challenges of energy shortage, economic turmoil, and terrorism.

Ahsan Iqbal said the government has added 11000 MW of electricity to the national grid during the last four years, which helped overcome the energy crisis.

He said 1750 kilometers in motorway has made Pakistan the largest infrastructure economy in South Asia.