Pakistan and Indian Armies to make a history with first ever joint military drills
26 Apr, 2018 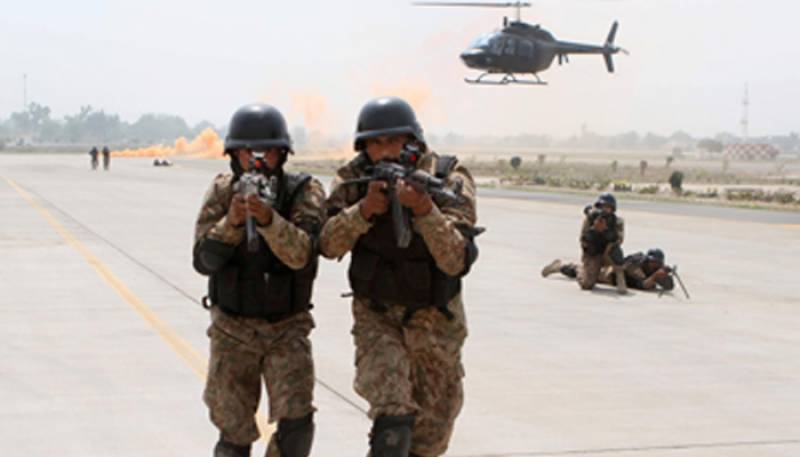 *MOSCOW: Pakistan and Indian militaries will make a history by participating together in multi-nation military exercise in Russia’s Ural Mountains in August this year.*

The military exercise will be organized by the Shanghai Cooperation Organization (SCO), a bloc of Eurasian countries of which Russia, China, India, and Pakistan are a party to.

The joint military drill will focuses on preventing terror attacks and dismantling terror networks. They have been dubbed “Peace Mission 2018.” The SCO training will be held between the end of August and beginning of September in the Ural Mountains in Russia.

Indian Defence Minister Nirmala Sitharaman said India would be participating in the multi-nation military exercises despite tensions with China and Pakistan.

“Our shared neighborhood facing a range of issues such as cross-border terrorism, extremism, cyber security, and narcotics trafficking. These issues require solutions based on cooperative frameworks that involve all countries and stakeholders.

“India will participate strongly in SCO Peace Mission joint military exercises being held in Russia later this year. We believe the cooperation in SCO framework will help further strengthen India’s bilateral defense ties in the region.”

In the past, Pakistan and Indian soldiers have operated together as peacekeepers under the missions conducted by the United Nations. However, this will be the first-ever military exercise in which both the countries will operate together in a mock operation against terrorists.

The SCO was established in 2001 by founding members China, Russia, Kyrgyzstan, Tajikistan, and Kazakhstan. It has since grown to encompass India, Uzbekistan, and Pakistan, with four other countries holding “observer” status and another six acting as “dialogue” partners.

The Eurasian organization serves the economic, security, and political interests of its member states. Observers include Iran, Afghanistan, and Belarus, while Turkey, Armenia, and Azerbaijan, are among the nations holding dialogue partner status.