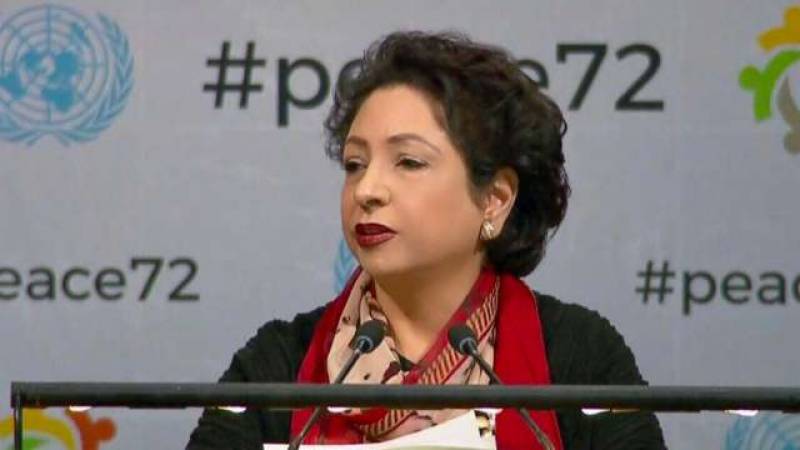 NEW YORK - Building a peaceful neighbourhood is Pakistan's foreign policy priority which requires normalisation of relations with India on a durable basis, Islamabad's envoy to the UN has said.

According to a statement issued by Pakistan's Permanent Mission to the UN, Ambassador Maleeha Lodhi told a visiting delegation of the US War College that on the foreign policy front, Pakistan's external engagements and strategy emerge from its key national priorities.

She said the defeat of terrorism and militancy as well as the creation of conditions in which violent extremism cannot survive was foremost to establish durable stability.

The release quoted her as saying that among the other important foreign policy priorities was to build a peaceful neighbourhood.

This required the promotion of peace and stability in Afghanistan and "normalisation of relations with India on a durable basis, predicated on the peaceful settlement of longstanding disputes", she said Another key priority was to promote regional economic integration and connectivity.

"These priorities frame what we do on the international front, guide our multiple foreign relationships and of course our engagement at the UN," she said.

On the security front, she said Pakistan has sought to "eliminate all terrorist groups" through a comprehensive strategy, involving forceful law enforcement actions and targeted military operations as well as actions to counter "violent extremism and its toxic narrative."