OpEd: Pakistan paid a heavy price for being US partner
26 Apr, 2018 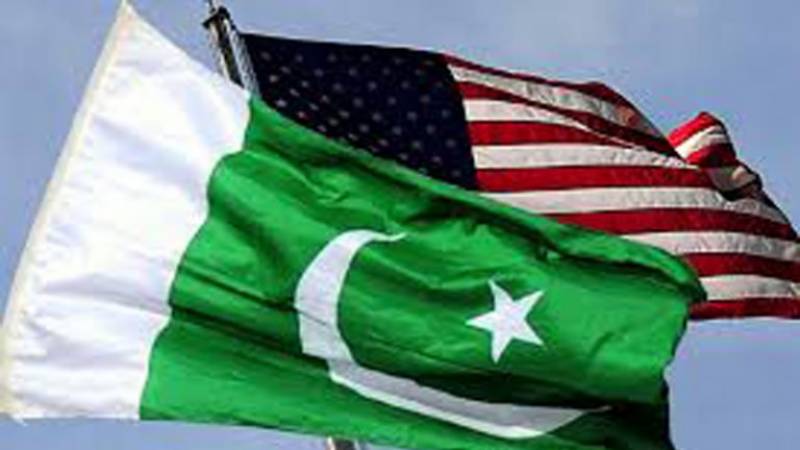 ISLAMABAD - For 70 years, Pakistan and the United States have been working together. And they also achieved results. For example, during the ’60s when there was a very big challenge from the communist world, and then in the ’80s when the Soviet Union invaded Afghanistan, and then again in 2000s against Al-Qaeda. There is no denying the fact that Pak-US joint efforts against all these mighty challenges did not prove futile.

This time around, the US and Pakistan, unfortunately, started focusing more on what divides them rather than on what unites them. Something that one can hope will change soon. The relations between the two countries touched a new low when on January 1, 2018, President Donald Trump tweeted, “The United States has foolishly given Pakistan more than 33 billion dollars in aid over the last 15 years, and they have given us nothing but lies and deceit, thinking of our leaders as fools. They give safe haven to the terrorists we hunt in Afghanistan, with little help.

No more!” The tweet and many such statements made Pakistan realise that it is being singled out, humiliated and even threatened. It also came as a surprise because till that time talks between Islamabad and Washington were moving in the direction of finding a common ground.

There is still enough work to be done by Pakistan and US, particularly stabilizing Afghanistan and eliminating terrorism from the region. In the last couple of years, Pakistan has come a long way in defeating terrorism and that’s a reality. North Waziristan, which for centuries has been dubbed as ‘No man’s land’ by the British, Indian and Russian empires, has been cleaned up and secured by the Pakistan military in a short time of three years.

Pakistan has always stood with the US and has regarded it as a strategic partner. Be it the war against former USSR or 21st century’s war on terror, Pakistan stood as a frontline state with its strategic partner paying a very high price in terms of men and material.

Due to a comprehensive strategy and huge sacrifices made by Pakistan, the region has seen peace after more than a decade. Pakistan is on its way to perpetual peace in the region together with the US.

However, involvement of India in the affairs will do nothing more than damaging the peace efforts. In the same manner, US using Afghanistan against Pakistan would be most unwise thing to do as it would hamper the ongoing peace initiatives in the war-torn country. Pakistan supports intra-Afghan dialogue and believes that it will bring lasting peace to the country and region at large provided US starts seeing Pakistan through a bilateral prism, not through the Afghan lens or with reference to Indo-US partnership.

US concerns emanating from Pakistan’s growing partnership with China are unwarranted and just a figment of delusional thinking. Pakistan has long-term optimistic approach of win-win scenario with both US and China. It is true that China has been an even larger supplier of arms to Pakistan than the United States, contributing to almost 40 percent of the nation’s military hardware. As Pakistan’s all-weather friend, China is likely to grow in importance in the years to come. With coproduction of the JF-17 fighter jet, China has moved from supplier of low-tech to high-tech hardware.

Keeping in view the history of security engagement between Pakistan and the US, policymakers in Islamabad are forced to take their decisions in a much wider geographical context.

Choices are evaluated not only in the light of Pakistan’s relationship with the US but also Pakistan’s relations as a friend or an adversary with other players, including China, Afghanistan, Saudi Arabia, Iran, and especially India. In the context of China; the total volume of Pak-US bilateral trade stands at 5.78 billion dollars whereas that of Pak-China is 13.36 billion dollars, which makes China an emerging vital strength for Pakistan’s economy in future. However, it by no means implies that Pakistan no more wants cordial and balanced foreign policy with US.

Post-2011, the Pak-US relations have gradually deteriorated. At present, this relationship has undergone a new paradigm shift wherein both sides -Washington and Islamabad – are drawing new terms of engagement: American transactionalism is being replaced with pragmatic realism, whereas Islamabad seems to focus on a policy of cautious gradualism. Today, Washington must accept the reality that its Cold War policy of nurturing Jihadism against the then Soviet Union in Afghanistan has caused a boomerang effect in fostering extremism in the region.

While fighting this war on terror, Islamabad has had to compromise its internal security at the cost of addressing US external concerns. Now we have our own security limitations, and, hence cannot ‘do more’. Pakistan’s sacrifices in the war on terror are unprecedented. It had to bear a cost several times greater than the economic support given by the US and its western allies. Still, we are ready to do our best to deter terrorism.

The worsening Pak-US relations are, in fact, a reflection of the contradictions inherent in the bilateral relationship since it began in the 1950s. However this is unlikely to lead to a total breakup.

As long as there is no simple way to square this circle of contradictory strategic expectations, Washington and Islamabad appear doomed to live together for years if not decades with internal contradictions built into their relationship. Each needs the other to attain important immediate goals, even if their grand strategies pertaining to the region diverge significantly. So a bad news for some: this autumn in Pak-US relations will also pass soon.