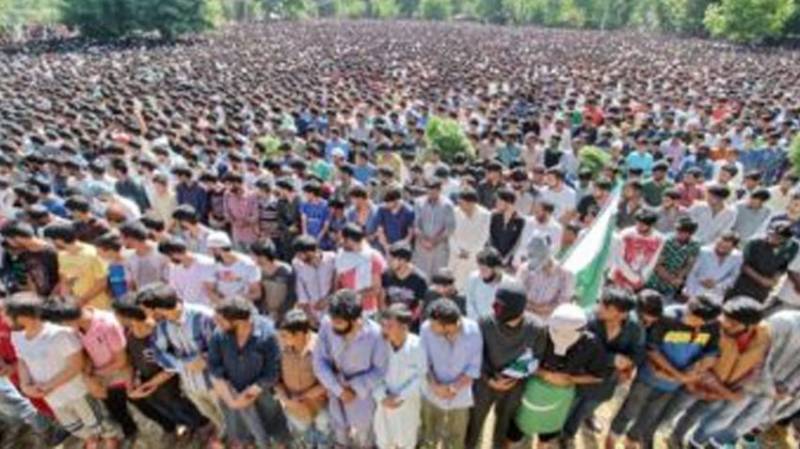 ISLAMABAD: In occupied Kashmir, thousands of people have participated in multiple rounds of funeral prayers in Tral area of Pulwama district for the youth martyred by the Indian troops, last night.

According to Kashmir Media Service, the martyred youth were laid to their ancestral graveyards amid pro-freedom and anti-India slogans.

The Joint Resistance Leadership in a statement issued in Srinagar, today, said that India had snatched the right to live from the Kashmiri youth by pushing them to the wall.

Other Hurriyat leaders in their statements paid glowing tributes to the martyred youth and said that the sacrifices had taken the on-going freedom movement to new heights.

The All Parties Hurriyat Conference in a statement in Srinagar strongly condemned the puppet authorities for ordering closure of educational institutions and harassing students under the bogey of law and order.

The Tehreek-e-Hurriyat Jammu and Kashmir in a statement denounced crackdowns against students and Hurriyat leaders and activists.   APP/AFP