Indian Military being restructured on pattern of US Military: Report
26 Apr, 2018 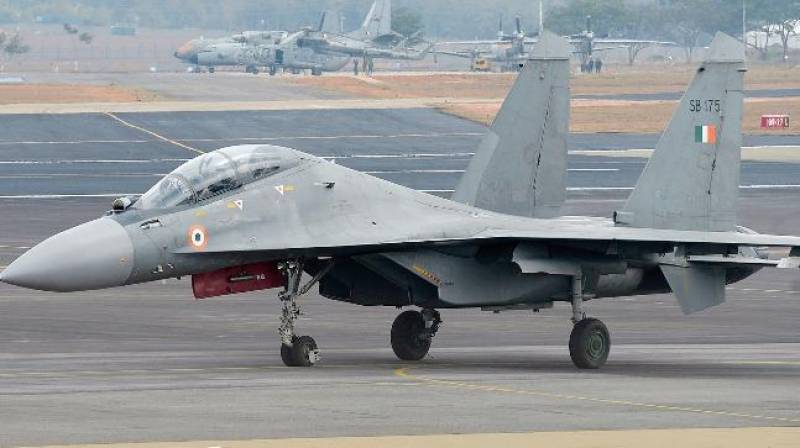 NEW DELHI - Indian government is moving towards integrating theatre commands of the Indian Military on the pattern of the US Military.

Indian Military Andaman and Nicobar Command will make a presentation to the defence ministry on further strengthening the tri-services organisation, India Today has reported.

The move comes soon after the defence ministry put in all the manpower including officers of the Air Force, Army and Navy under the operational command of a Vice Admiral of the Navy at the Andaman and Nicobar Command in Port Blair.

"Detailed presentations would be made by the Commander in Chief, Andaman and Nicobar Command (CiNCAN) to the Defence Ministry on Thursday and Friday this week on further strengthening the command and its infrastructure to give it more teeth," government sources told Mail Today here.

"The presentation is likely to include the assets of the Air Force and the Army to be placed under the command to give it more fighting capability and firepower," the sources said.

Under theatre commands like the ones which exist in the US, all the forces working in a geographical area are put under a theatre command which can be headed by one officer from any of the three services.

Recently, the defence ministry had notified new "statutory rules and orders" to ensure an officer from any one service can now "exercise direct command" over personnel from the other two services, who are all governed by different acts and rules, in tri-service.

The move has been implemented especially for the strategically located Andaman and Nicobar Command (ANC), which was established as India's first theatre command in October 2001 but has largely failed to achieve its potential due to internecine turf wars among the three services, general politico-bureaucratic apathy, fund crunches and environmental concerns.

After the amendment in rules, the naval commander-in-chief of the ANC can now directly control and discipline Army and IAF officers and other personnel under him, even as similar moves are afoot to eventually bring all land and assets under him.

There is also a view that services are not on the same page of the issue of theatre commands over its utility. Defence experts fee the recent Air Force wargame Exercise Gaganshakti showcased that its assets can shift from one theatre to the other within no time and putting them under a dedicated theatre would not be of much us ina country with limited resources.

After the government took over in 2014, there was talk about a proposal to create integrated theatre commands for the northern border with China, a western command for Pakistan, a counterinsurgency operations command and one command for the maritime borders. But nothing concrete has come out of it.

The armed forces currently have 17 single-service commands, with only two unified commands in ANC and the Strategic Forces Command to handle the country's nuclear arsenal.