In a new development, Pakistan to retain title of champions for Champions Trophy forever
26 Apr, 2018 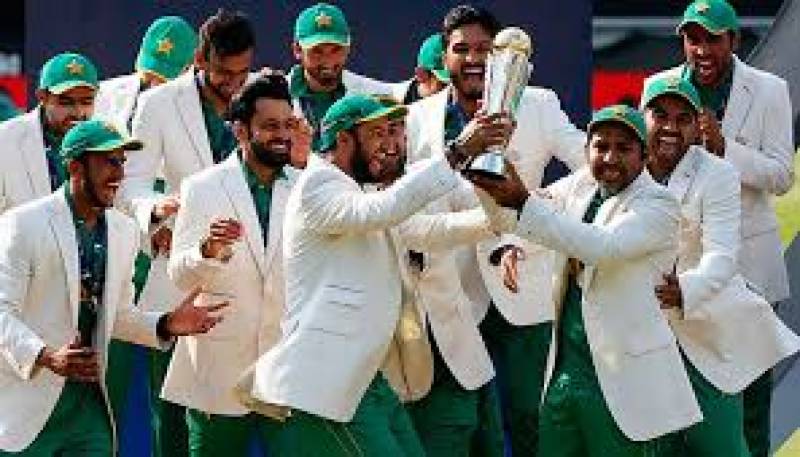 KOLKOTA - In a new development made by ICC in which ‘all likelihood’ Champions Trophy 2021 will be replaced with a World T20 thus making Pakistan the last Champions of the Champions Trophy keeping the title forever.

This provides opportunities for 16 teams to compete at a global level with a sub-regional, regional and global qualification process every two years, giving more regular cricket to more Members.

The International Cricket Council (ICC), after a meeting in Kolkatta, announced on Thursday that all 104 members countries will be granted T20I format.

There are currently 18 members having T20I status, including 12 full members and Scotland, Netherlands, Hong Kong, UAE, Oman and Nepal.

He also discussed the stricter approach of the international cricketing body to control these infringements like ball-tampering and sledging.

“Stricter and heavier transactions for ball tampering and using abusive language, sledging, dissent. We want penalties in place. Fines are not proving to be the answer.

The cricket committee will come back with plans,” Richardson said.Richardson also addressed Pakistan and India’s bilateral series matter and said that they all want Indo-Pak series to take place, but it will require more than the two boards to resolve the matter.“There is a common desire that it will be great if India and Pakistan can play each other, specifically in bilateral series.

The issue is quite complicated I am afraid, it is going to take a lot more than just two boards agreeing,” he told.