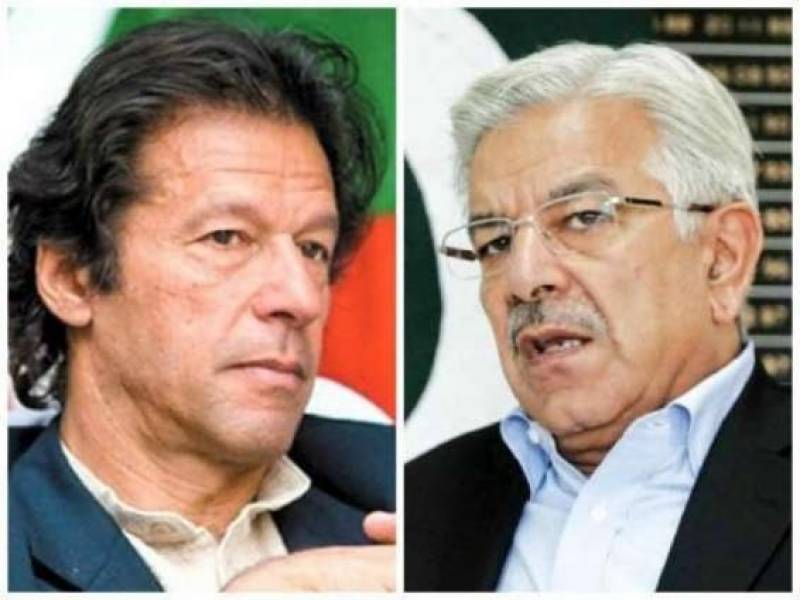 “Another darbari of the godfather disqualified on the same pattern,” Imran tweeted regarding Asif’s disqualification from Parliament for holding an Iqama (work permit) of the United Arab Emirates.

“Using Iqama to shield corruption and indulge in money laundering - as well as being guilty of brazen conflict of interest,” he added explaining why Asif and former premier minister Nawaz Sharif were disqualified.

“Asif targeted SKMTH and has been publicly humiliated here and abroad,” the PTI chairman further said.

The IHC ruled on Thursday that Asif stands disqualified from Parliament for holding an Iqama (work permit) of the United Arab Emirates.

The court announced its verdict on a petition stating that Asif did not mention his foreign employment in his nomination papers.