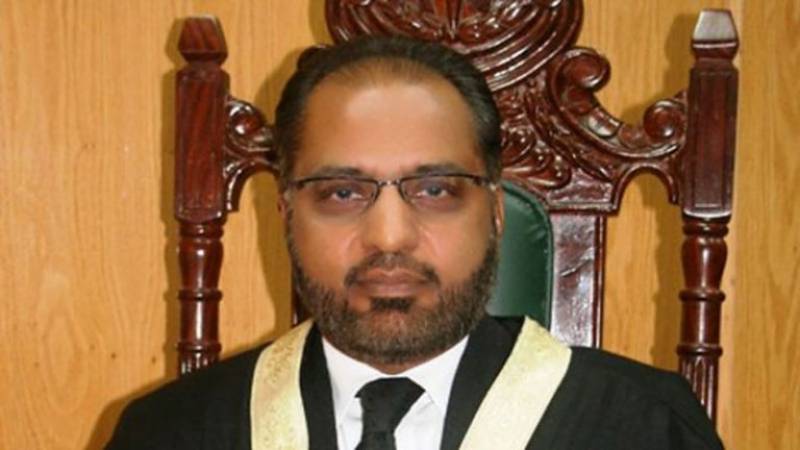 ISLAMABAD: Justice Shaukat Aziz Siddiqui of the Islamabad High Court (IHC) lashed out at the military on Wednesday, questioning its “involvement” in commercial activities.

He was hearing a petition demanding to make the Faizabad sit-in inquiry report public.

Justice Siddiqui remarked: “No army in the world is involved in commercial activities but ours is selling even cement, meat and bread.” He said that the court would issue a notice to defence secretary to know about the stance of the ministry over the issue.

“They want to earn as per a commercial model but want to be dealt with like an armed force,” he said. Justice Siddiqui went on to say that people have been made mental, economic and moral slaves.

The court issued a notice to the attorney general, seeking a reply on the issue.

The petitioner, through his counsel, contended that they had approached the registrar office for access to the report but the plea was denied. Justice Siddiqui replied on a lighter note, saying that he was already facing six references against him and it seemed that the petitioner wanted Siddiqui to face the seventh one.

“The report has been sealed as per a court order,” he told the lawyer.