ICC to come up with harsh punishments over offences
26 Apr, 2018 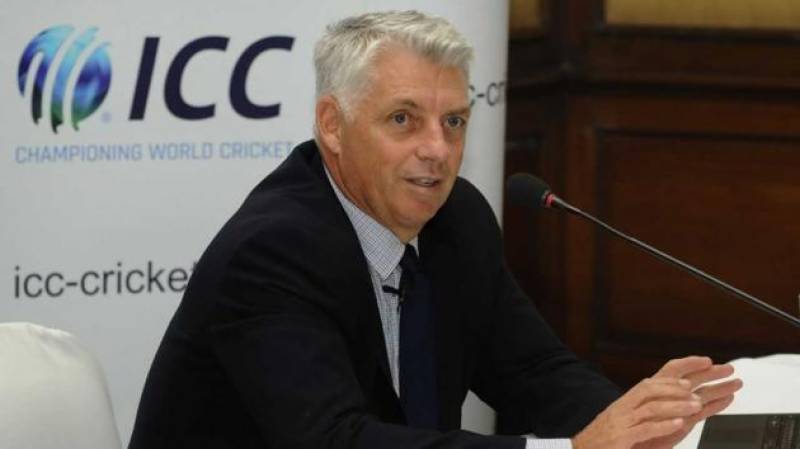 KOLKATA - The International Cricket Council, cricket’s world body said on Thursday it wants tough new sanctions against ball tampering in place within months as it struggles with the fallout from the cheating scandal involving top Australian players.

International Cricket Council chief executive Dave Richardson said football-style red and yellow cards would be among the measures considered as it seeks to bring back a “culture of respect” to the game.

The leaders of top playing nations demanded harsher punishment and more powers for umpires to act against cheating and misconduct at ICC meetings in the eastern Indian city of Kolkata this week.

“There was clear direction received that we want to move toward stricter and heavier sanctions for ball tampering and all other offences that are indicative of a lack of respect,” he told a press conference.

Ex-Indian Test star Anil Kumble is to lead a player legends committee to recommend the sanctions.

The ICC chief said the new punishments would be decided in June and July.

Richardson said the punishments would also cover “other offences that are indicative of a lack of respect for your opponent, for the game, the umpires”.

“We want penalties in place that are a proper deterrent. Fines are not proving to be the answer,” he said.

The ICC was criticised after it banned Australia skipper Steve Smith for only one Test over his role in the ball-tampering scandal in South Africa last month in which batsman Cameron Bancroft was caught trying to alter the ball.

After a wave of public anger, Cricket Australia later banned Smith and his deputy David Warner for 12 months. Bancroft was given a nine-month suspension.

“Quite honestly we were worried about poor player behaviour before that,” said Richardson.

“There have just been too many incidents of sledging, ugly abusive language and dissent.”

He said letting umpires send off and book players “will be part of the discussion.

“When it comes to time wasting and things like that we want the umpires to take more on-field actions.”

Richardson said he was not convinced that red and yellow cards “will be as easy to implement as in other sports”.

Umpires have since last year already been able to send off players for violence and other extreme behaviour but this has not yet been used.

The Marylebone Cricket Club (MCC), guardians of the game rules, have been among the influential groups calling for red cards. - APP /AFP