Donald Trump turns out to be the worst nightmare of Indians
26 Apr, 2018 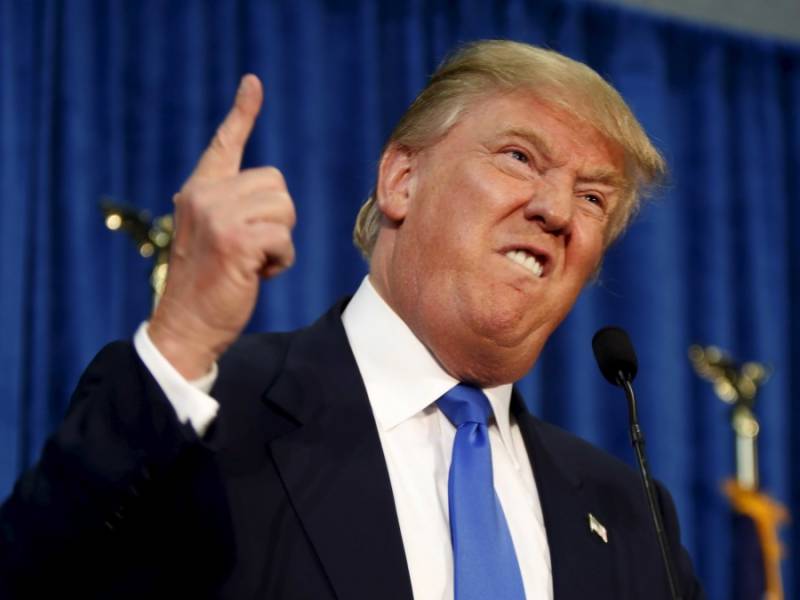 WASHINGTON - Donald Trump has turned out to be the worst nightmare for Indian Americans working in the United States as tens of thousands of Indians are likely to face worst blow and may be deported from America.

The Donald Trump administration is planning to withdraw work permits issued to H-4 visa holders, who are spouses of H IB Visa holders, a majority of whom are Indians and mostly women. A formal communication is expected to be made later this summer, US Citizenship and Immigration Services (USCIS) Director Francis Cissna has said in a letter to Senator Chuck Grassley.

If this Obama-era legislation is terminated, approximately 71,000 H4 visa-holders stand the risk of losing their work permits. According to a recent study by the Migration Policy Institute, around 94 per cent of H-4 visa holders are women and the vast majority — 93 per cent — are from India while four per cent are from China. ADVERTISEMENT What are H-4 Visa and H1-B visa?

H-4 visa is a work permit issued to the spouses of H1-B visa holders under a special order by the previous Obama administration. The H1-B Visa, meanwhile, is a non-immigrant visa that allows US companies to hire foreign workers on a temporary basis in speciality occupations such as Science and Information Technology. The 2015 Obama administration order allows work permits for spouses who otherwise could not be employed without waiting for their spouses to receive permanent resident status, a process that could take a decade or longer. The Trump administration is planning to terminate this provision.

More than 100,000 H-4 visa holders have so far been beneficiary of this rule.

Indian IT giants like TCS, Infosys and Wipro <link> are among the major beneficiaries of this programme as they rely on it for bringing in tens of thousands of employees with special skills each year. ADVERTISEMENT *Why you should care?*

Indian-Americans were a major beneficiary of this provision. Without the H-4 work authorization rule, the spouses of H1-B high-skilled employees would be unable to work legally and contribute financially to their households and communities, as well as pay taxes on their wages, unless they had alternate immigration avenues for work authorization.

Influential lawmakers and representative of the American IT industry, including Facebook <link>, have opposed the Trump administration’s proposed plan to withdraw work permits to H-4 visa holders, who are spouses of H1-B visa holders.

The Trump administration announced a new policy in 2017 that made the procedure of issuing H1-B visas to those to be employed at one or more third-party worksites very tough. Under the policy, the company would have to go the extra length to prove that its H1-B employee at a third-party worksite has specific and non-qualifying speculative assignments in speciality occupation.

The new move announced empowers the US Citizenship and Immigration Services (USCIS) to issue H-1B visas to an employee only for the period for which he/she has work at a third-party worksite.

As such the issuing of H1-B visas could be of less than three years. The new policy would reverse the tradition of issuing the H1-B visas for three years at a time.

Extensions of H1-B visas have become even tougher, in particular if the employee has been on a bench for any part of their previous duration.

In a letter to Homeland Security Secretary Kirstjen M Nielson, the lawmakers argued that the Obama-era H-4 rule lessened the burden on thousands of H-1B recipients and their families while they transition from non-immigrants to lawful permanent residents by allowing their families to earn dual incomes.

Many entrepreneurs have used their Employment Authorisation Documents (EAD) to start businesses that now employ US citizens. “Eliminating this benefit removes an important incentive for highly skilled immigrants to remain here to invest in and grow our economy to the benefit of all Americans,” the letter signed by, among others, Congresswoman Anna Eshoo and Congressman Raja Krishnamoorthi, said.