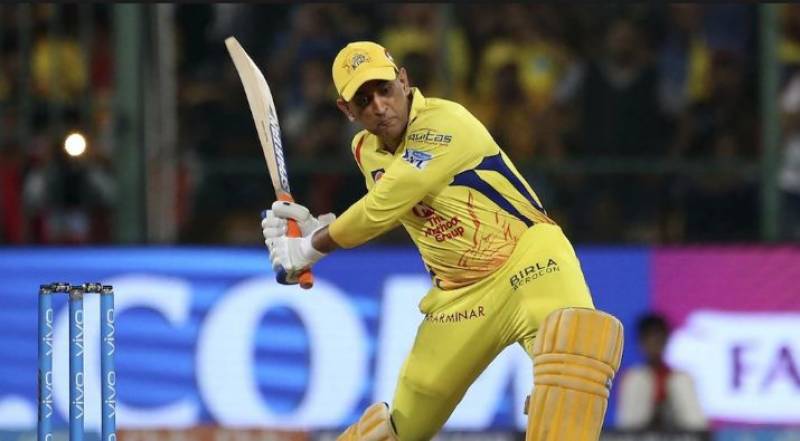 CHENNAI: MS Dhoni smashed the ball into the crowd seven times — including to seal the winning runs — in a match that racked up a record number of Indian Premier League sixes as his Chennai Super Kings beat Royal Challengers Bangalore to go top of the table.

Dhoni hit an unbeaten 34 ball 70 while opener Ambati Rayudu hit eight sixes in his 82 as Chennai passed Bangalore’s 205 for eight with two balls to spare.

Dhoni hit New Zealander Corey Anderson over long on for six to claim the brilliant victory.

The two sides hit 33 sixes in all — 17 for Chennai — in the dramatic game, beating the 31 in one IPL game set by Chennai and Kolkata Knight Riders earier this month, and Delhi Daredevils and Gujarat Lions in 2017.

“I thought it was a difficult chase when I saw AB de Villiers batting to see them over 200, I thougt it was 15-20 beyond par,” Dhoni commented after.

“We also lost some key batsmen early but it’s a small ground, the ball travels a lot here.”

The win took Dhoni’s side, returning to the IPL after a two year corruption ban, to the top of the IPL table with five wins from six games.

Indian captain Virat Kohli’s Bangalore are in a slump with just two wins and the IPL season now half gone.

Kohli will need to study his tactics after his batsmen delivered — South Africans Quinton De Kock (53) and AB de Villiers (68) plundered 103 for the second wicket in under nine overs — but his bowlers failed.

Chasing a huge total in their 20 overs, Chennai lost Australian opener Shane Watson with just eight runs scored and then felll to to 74-4 before a 101-run partnership between Rayudu and Dhoni turned the game.

Rayudu was dismissed in the 18th over but Dhoni saw his side home. – AFP/ APP