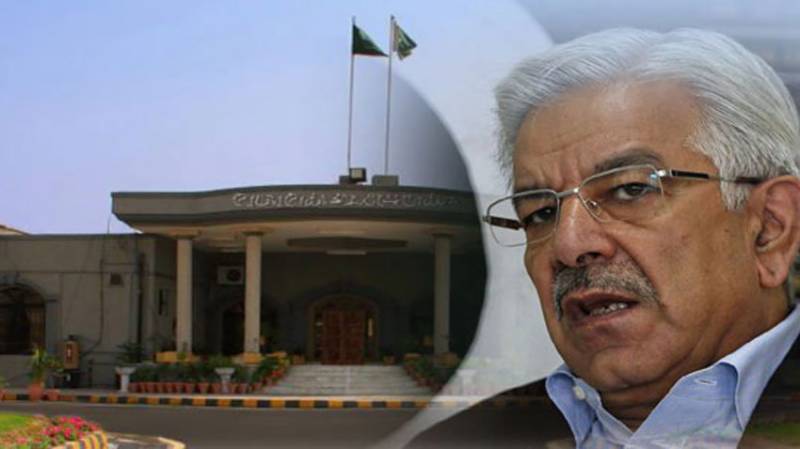 The Islamabad high court announced its verdict on a petition stating that Asif did not mention his foreign employment in his nomination papers.

A three-member bench headed by Justice Minallah announced the verdict and ruled that Asif is not 'honest' and 'truthful' as per the Constitution.

The three bench members unanimously ruled that Asif has been disqualified as per Article 62 (1) (f) of the Constitution. As per the law, Asif will be unable to hold public or party office.

The court had also issued a notice to all parties to appear before it today. Dar and PTI leader Fawad Chaudhry were present in court when the verdict was read out.

The verdict was reserved by the larger bench headed by Justice Athar Minallah on April 10 after hearing arguments from both sides.