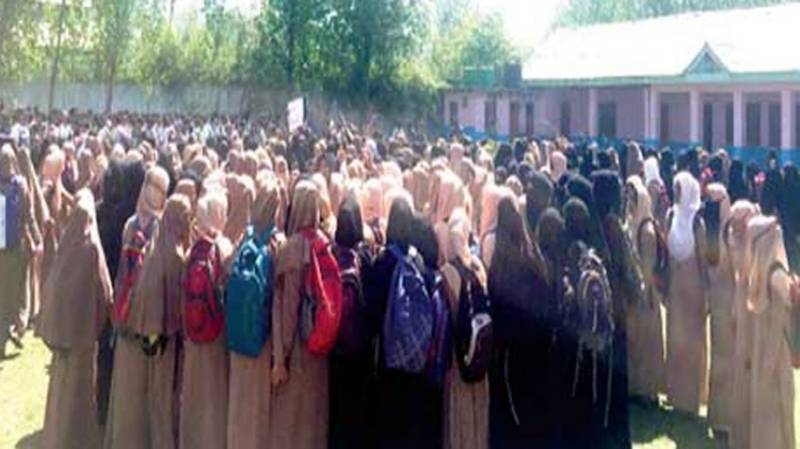 ISLAMABAD:In occupied Kashmir, the All Parties Hurriyat Conference has strongly condemned the puppet authorities  for ordering closure of educational institutions and harassing the students under the bogey of law and order.

An APHC spokesman in a statement in Srinagar criticised the puppet Chief Minister, Mehbooba Mufti, for her rhetoric of so-called development, saying that the people were being killed, caged and harassed. APP/AFP