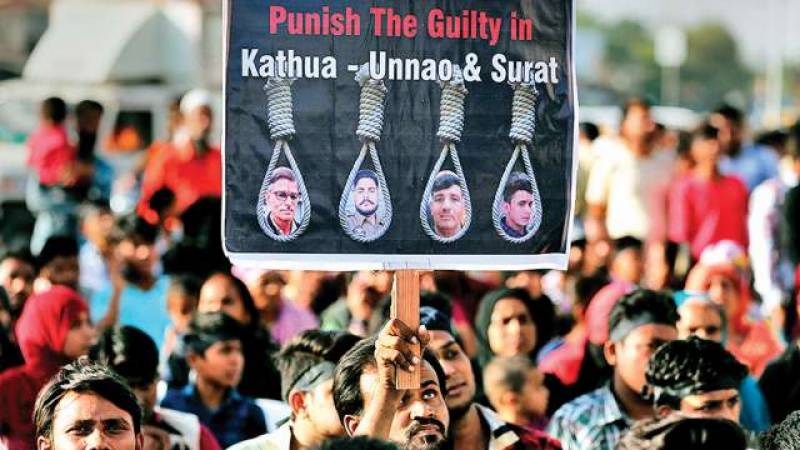 SRINAGAR - A Class IX student was allegedly raped in the border district of Poonch in Jammu division of Jammu and Kashmir. Police said the teenager was lured and abducted by two youth when she was returning from school. They allegedly raped her and threatened to kill her if she told her family.

However, the survivor told her parents, who reported the matter to the police. Cops registered a case under section 376 of the Ranbir Penal Code and launched a manhunt to nab the culprits. One of the accused was arrested, while another has gone into hiding, DNA has reported.

SSP, Poonch, Pande Rajiv Omparkash said that an FIR was registered and the student's statement recorded.

The incident comes at a time when the country is seething with anger over the brutal rape and murder of an eight-year-old tribal nomad girl in Kathua. The Mufti government just approved two ordinances making rape of children below 12 punishable by death and of under 16 punishable by life imprisonment.