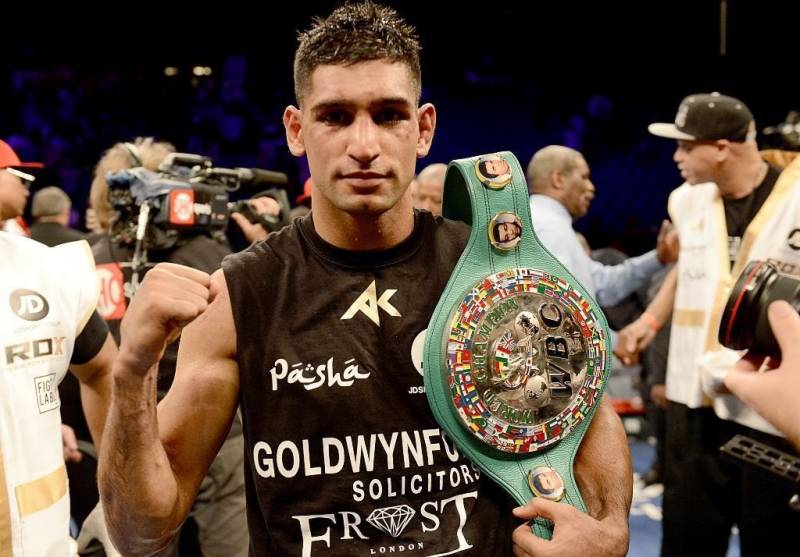 He says he will be visiting Pakistan soon and has “big plans” for promoting boxing in the country.

In a video message, the boxer who recently beat Canada’s Phil Lo Greco in a mere 39 seconds, said he was thankful to the Pakistani people who had prayed for his victory.

"The victory is not only mine, it belongs to my Pakistani fans as well, who prayed for my triumph in the match," he added.

Khan who launched a boxing academy in Lahore two years ago said it was it was time to introduce a boxing super league in the country. He also added that he will be visiting Pakistan in a couple of weeks to make an announcement related to the league.