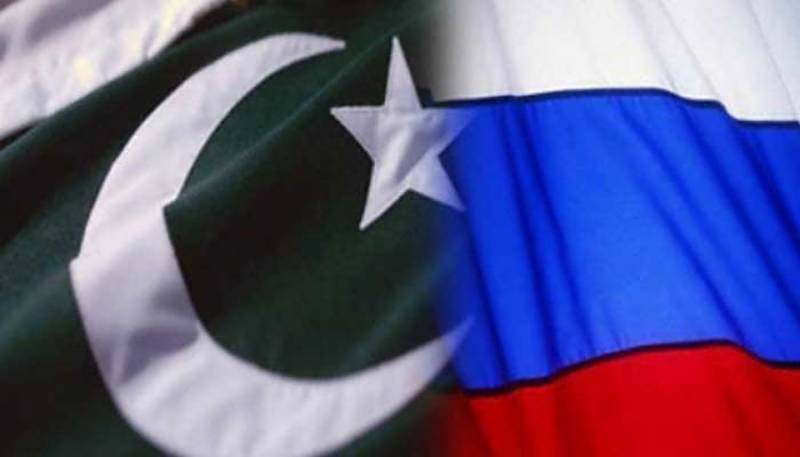 Russians wanted to come in, with modern technologies and expertise. Pakistan and Russia have a long history of cooperation in economic and social sectors. The dynamics of the world are changing. Russia and China have emerged as strong strategic partners, and Pakistan has gained high importance in this scenario, said Chairperson, Sindh Board of Investment (SBI), Naheed Memon on Wednesday evening. SBI Chairperson was talking to APP here at the conclusion of two-day meetings with a 40-member business delegation from Russia representing different industries and academia. The SBI hosted this Sindh-Saint Petersburg Forum 2018. On the second day, memorandum of understanding (MoU) was signed between Pediatrics Medical University of Saint Petersburg and Dr Ziauddin Medical University in the presence of Vice Governor of Saint Petersburg , Movchan Sergei Nikolaevich and Consul General of Russia to Karachi Dr Aleksandr Khozin. Another MoU was inked by NED University and an engineering university of Saint Petersburg for exchange of information. Light Industrial Park in Saint Petersburg and Landhi Industrial Park had already singed similar agreement, she said.

Naheed Memon informed that over the two-days , the delegates representing big Russian companies also held B2B meetings with Pakistani counterparts to discuss in detail the modalities to increase bilateral trade and for joint ventures. She said in October 2017, Governments of Sindh and Saint Petersburg had singed MoU for increasing collaboration on economic and social fronts by declaring Sindh and Saint Petersburg as sister provinces. The visit of Russian delegation was the follow up of that development. She said Saint Petersburg was the cultural capital of the world. There was need for exchange of cultural delegations between Pakistan and Russia especially Saint Petersburg. She said the world was divided into regional blocks like ASEAN and Europe, and this model of economic cooperation had proved very successful. Pakistan was also aware of the demands of the changing world and of its important position. Russia was a big power and we could not neglect it, she said.

It was need of the hours to increase economic and regional cooperation between Pakistan and Russia including boost to bilateral trade, she asserted. “Now, Pakistani businessmen must look outside demand for Pakistan’s textile and agricultural produce,” she remarked. Saint Petersburg’s Vice Governor Movchan Sergei Nikolaevich said Russia wanted to further strengthen friendly relationship with Pakistan. For this purpose, he added, his country was actively pursuing for increased cooperation with Pakistan in different sectors.

He agreed that absence of banking channel between the two countries was one of the major hurdle to increase bilateral trade. Mocow and Islamabad should work on and solve this issue. Aleksey Popovich, Chief Technology Officer, Hydrolex company dealing in heating systems and heating equipment, expressed his satisfaction that most of B2B meetings would bear fruit and would led to partnership in different sectors in the future. Both the countries would come more closer to each other with the passage of time. He informed that in September this year, Oil and Gas Forum would be held in Saint Petersburg. Pakistan had assured to participate. There was also possibility of signing contract with his company to supply machinery and equipment to Pakistan.

In Pakistan, there was big demand for Russian machinery. Russia also wanted to make Pakistan as the center of its trade up to Middle East. He noted that Karachi was very much safe for foreigners as well. During his two-day stay, he along with other Russian visiting friends had visited some areas of the city and found it very peaceful and safe place.

Recalling his recent visit to India, he remarked “I felt unsecure there. But, here I am very comfortable.” Prominent Pakistani businessmen were also present including Dr Mirza Ikhtia Baig and Waseem Ahmed Vohra. Dr Mirza Ikhtiar Baig said Federation of Pakistan Chambers of Commence and Industry had planned to send its delegation to Saint Petersburg in September or October this year. - APP