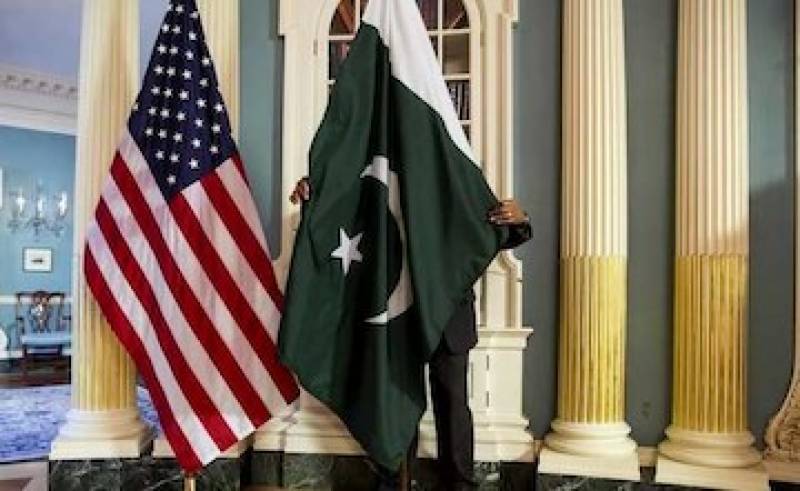 *ISLAMABAD: *Pakistan has barred an American diplomat from leaving the country, the latest escalation in a tense bilateral dispute stemming from a fatal traffic incident in early April. The diplomat, a U.S. military attache, allegedly ran a red light while driving an SUV in the capital and hit a motorcycle, killing the driver and injuring a passenger.

The father of the dead motorcyclist, identified as Ateeq Baig, 22, sought to have Col. Joseph Emanuel Hall arrested and brought to trial before the Islamabad high court, but U.S. officials said he could not be arrested or tried, because of diplomatic immunity.

There were reports in Pakistani media that Hall was drunk, but the U.S. Embassy denied them. Hall remains at the embassy and has made no public statements.

Pakistan's deputy attorney general, Raja Khalid Mehmood, appeared before the court Tuesday and agreed that Hall cannot be tried, because of his diplomatic status, but he said Hall has been put on a travel "black list" by the Interior Ministry and that authorities at all airports have been alerted not to allow him to leave.

The incident came at an especially tense point in relations between the United States and Pakistan, which have been uneasy allies for decades. The Trump administration has accused Pakistan of sheltering Islamist insurgents along the border with Afghanistan, and it recently suspended most military aid as a result. Pakistan has repeatedly denied the charges.

The fatal accident also recalled a far more serious case in 2011 in which an American intelligence contractor, Raymond Davis, shot and killed two armed Pakistani men on a motorcycle while he was surreptitiously taking photographs in Lahore city. An associate of Davis hit and killed a third man while speeding to the scene.

In that case, U.S. officials claimed Davis had diplomatic immunity because he was employed at the U.S. Consulate, but Pakistani officials arrested and charged him with two slayings. Eventually he was acquitted and released after the families of the two slain men were paid more than $2 million in compensation under Pakistani custom.

But the incident led to anti-American protests and deepened a chill in ties between the two countries despite their ongoing cooperation in the war on terrorism. The relationship never recovered, and mutual grievances have become much more pronounced with President Trump in office.

After the fatal accident this month, Pakistan's Foreign Ministry called in U.S. Ambassador David Hale to lodge a formal protest, and authorities later said they would limit the travel range and freedom of American diplomats in the capital. In response, U.S. officials informed Pakistan that after May 1, its diplomats would need special permission to travel beyond a certain distance from Washington.

On Monday, the State Department's top official for South and Central Asia, Alice Wells, visited Islamabad to discuss a variety of issues, including the Hall case, a Pakistani official said. There were no official comments from either side on the substance of the talks.

There were unconfirmed media reports that Pakistani officials had asked for a waiver of Hall's diplomatic immunity so he can be tried in Pakistan, after which the case could potentially be resolved through compensation, as in the Davis case.

"I believe efforts are underway to resolve this issue soon," said Rasul Bakhsh Rais, a political analyst in Lahore. U.S. officials "don't want this matter to linger on," he said. "If it is not settled, it will bring relations under more stress and add to anti-American sentiments here." Washington Post